Driving and jiving down 95, first stop in Yerington where we had some bad news: Kings Diner, last year’s great Yerington discovery, is gone. We liked the food, but more than that we liked the generous spirit of the people who ran it. There’s a Mexican restaurant in its place now, and we will try it . . . but not while we’re in mourning.

The news was much better further on, good news you can see for yourself: the level of Walker Lake is rising. 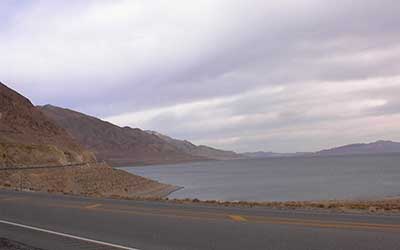 A rain squall was storming past overhead as the lake came into our view, gunmetal grey with gauzy curtains of virga streaming down toward it from a lumpy ceiling of black clouds. And just beyond the energetic little storm, the sun was shining bright on Hawthorne. 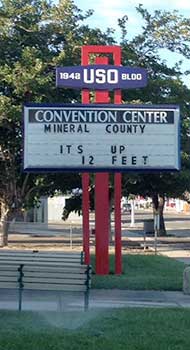 A sign at the old USO building on Main Street (it’s now the Convention Center) informed the world that the lake is up 12 feet. Over breakfast at Maggie’s Once More with our Mineral County Correspondent Sheri Samson we learned that it was expected to total 18 feet of total rise, and by the time we left town mid-morning it was up another foot.

There’s an air of optimism in Hawthorne just now, symbolized by the revived lake — or perhaps caused by it? Some new jobs have appeared, and more are anticipated.

The El Capitan has spruced itself up handsomely, and the biggest challenge Hawthorne is facing just now appears to be the upcoming Mount Grant Challenge. 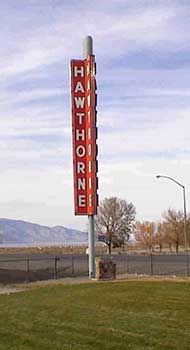 Oh, no, there’s at least one more: the iconic Hawthorne sign fell down. Some of its electrical innards were damaged and others are obsolete, but the sign is being repaired and it will be back in place on the north side of town before long. 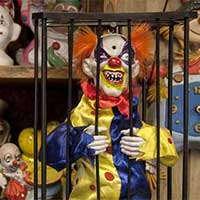 Clown Motel for sale. This was the last of the new properties built during the boom of the early 1980s, and some consider its collection of clowns in the lobby far more frightening than the Lady in Red at the Mizpah up the street. We stayed at the Tonopah Station RV Park and advanced our education in RV Life.

Goldfield will always be special for us because on a pleasant day in July 1999 Robin and I were married there, on

the steps of the Goldfield Hotel. But on this day we hurried on with barely a glance at the Car Forest east of the highway at the south edge of town.

Beatty is peanut cluster capital of our world, and we almost always stop at the big candy store on the north side of town and then Gemma’s at the center of town for an afternoon latte. The Beatty Museum was closed . . . and on we went to Pahrump for another RV adventure at the member-owned Preferred RV Park.

This is a whole different beast than the Tonopah Station facilities, which are designed for the quick and easy in-and-out of ongoing travelers; this is a settled community.

While there are other transients like us, many people live here long-term in the (mostly) huge machines parked in tidy rows. They have access to amenities ranging from showers to a swimming pool, to a laundry to pool tables, and they live in mobile mini-mansions. Most notably, the employees here all seem to have graduated from Charm School where they majored in Genuine Friendliness. It’s quite pleasant.

Our RV education continued rapidly. It took us from Pahrump to Las Vegas, including a terrifying drive through, around and beneath the airport to Blue Dog, a major RV center in Henderson. The genial service manager told us, as he handed us back the keys, “It’s got a new water pump in the House now, but I want to emphasize how lucky you’ve been today. Ordinarily we’d have had to schedule you about 6 weeks out, and it’s the same at all the major shops here in the Valley. But every once in a while a couple of jobs in a row are finished quicker than we thought they would, and you just happened to hit one of those gaps”, he said with a smile. “Don’t expect to do it again”.

Comstock Mining Update — CMI made its Second Quarter filing with the SEC, showing another loss, this time just under $3 million.

There are nearly 30 zeros in a row on CMI’s scoreboard now. Is that a record for Biggest Loser Ever at the Richest Place on Earth?

But of course the Little Mining Company That Couldn’t has some more Big Plans which we’ll examine next time.

What they’re saying about us: “Nevada lawmakers hope to smooth

out traffic by cracking down on slow drivers clogging up the left-hand lane, according to the Las Vegas Review-Journal. The Senate Transportation Committee recently passed a bill that would create fines and send repeat offenders to traffic school. Now that Nevada is ready to start recreational cannabis sales, we wonder how many stoners such a law could nab. Potheads behind the wheel will be wise to remember the old maxim: What happens in the slow lane stays in the slow lane, but not all day, dude.” — High Country News

If you’ve wondered what the Wild Women Artists do between shows, here is your answer!

Overheard at Maggie’s Once Again in Hawthorne: “Of all the preposterous assumptions of humanity over humanity, nothing beats the criticisms made on the habits of the poor by the well-housed, well-warmed, and well-fed.” 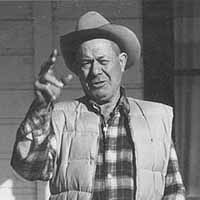 Squaw Tom’s story about building the highway past Mono Lake makes me laugh every time I read it. Next time you drive that way on US 395 you’ll appreciate the experience just a little more. Here’s “Horse Guts” — enjoy!

This story I want to tell you about happened in 1917. I worked at Mono Lake there. It was team days back then, and we was buildin’ highways. We had rippers pulled with horses to loosen up the dirt. We had about eight, ten teams on this ripper, made out of heavy iron like a plow. 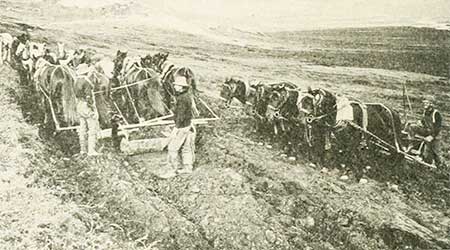 And then we worked with Fresnos getting the dirt out of there, and then we had horse blades. Everything was pick and shovel.

They built a camp with a corral where a little stream of water come into Mono Lake there. Mono Lake had 23 minerals in there, heavy minerals. We lived in Army tents, with a out-house. .And they built a cook house out of tents; no floor, just a frame and planks sittin’ on sawhorses for tables.

Wal, one day when I went to work Monday morning, there was a horse died on the job.         Read the whole story here 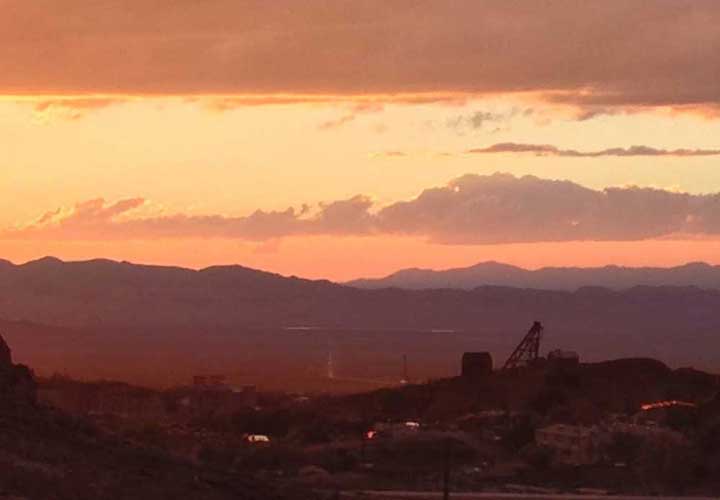