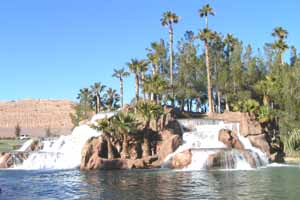 Rural RoundUp is a yearly gathering of small-community tourism professionals, semi-professionals and amateurs

from around the state, to which the Commission on Tourism brings a team of outside experts in various fields to present their special knowledge, insights and expertise. 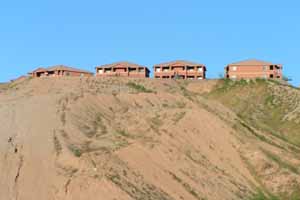 This year the meeting was at the Casablanca in Mesquite, where we found out that you’ve got to use the social media and build a brand. Some of us are already on Facebook if you can believe it, but we’ve got a firmer grip on it now, and a better idea of what to do with it. One person who knows what she’s doing is Denys Koyle. If you’re on Facebook, do a search for her and you’ll see what I mean.

We also got a good look at Mesquite, which is as unique as every other small city and town in Nevada. Just a few years ago Mesquite was still the Mormon farm town you see in “the Electric Horseman” with Robert Redford and Jane Fonda talking outside the Chalet Cafe. That landmark is still there (although closed now after an unsuccessful effort at modernizing), but most of Mesquite is noticeably new. And because so much of the recent construction has adopted a sort of new-age low-slung redcliff Anasazi motif, it’s boldly different to the eye.

We made a late afternoon visit to the new sports and recreation complex overlooking the city and the river from the northwest, a splendid view. Chef Scott McGlinchey of the Eureka Casino Resort on the northeast end of town served a chili we yearn to have again before we go to heaven.

Coming up 93 from Coyote Springs we had rain, hail, snow and sunshine on great clouds, muscled vapor-sculptures in white, silver and black. It was like driving through the different movements of a symphony.
We took the Sunnyside cut-off, and when we entered the stonewalled river course that the highway follows north, a wooly herd was stampeding eastward across the sky. And as we sped north, I watched a wispy little cloud, just a baby really, fail to clear a craggy outcrop, snag, and tear itself to pieces in its struggle to get free. 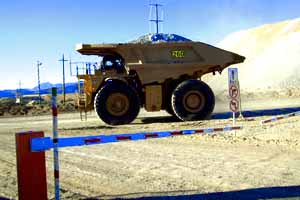 As we were going to have to forgo a stop in Ely, we took a curious little bypass that I heartily recommend. You’ll see it on the left just as you cross over Murry Summit and start down into Murry Canyon, a paved lane that proceeds west, down and around the wooded hillside for a couple of miles, and then delivers you to the copper mine that has contributed to the White Pine economy since the turn of the 20th century.

A stop sign is attached to a closed gate, and a person in the small hut with big glass windows beside the road opens the gate when there’s gap between mine trucks coming up out of the pit. They’re bringing ore to the mill or waste dirt to the mountain-sized dump. Another mile or so and you’re at an intersection that takes you left to Ruth, or right to US 50. Ely’s a few minutes’ downhill drive to the east, Eureka about an hour to the west.

It’s just a small detour out of the ordinary, but it gives you a better glimpse of the activity around the great mine than you can get from the highway. We arrived in Eureka in time to visit Raine’s Market — worth a visit to Eureka all by itself — and primp up before the concert at the Opera House, which was billed as a performance by Ralph Cuda and his Dixieland Band.

If you had driven into Eureka that evening, the falling snow would have persuaded you to stay the night,

and if you were bold enough to venture through the chilly night to the Opera House doors, you’d have been treated to one of those inexplicably transcendant experiences that force us to love this cranky old state after all.

It turns out that Ralph Cuda is the music teacher at the Eureka High School, and his Dixieland Band is his old teacher plus five friends he’d played with professionally 15 years before, many of them now teachers too. They had all arrived in town earlier that day, practiced together for an hour and a half,

and took the stage with trumpet, clarinet, accordion, saxophone and trombone ranged across the footlights, tuba and drums backing them up. They played a long set of deliciously tight ensemble jazz pieces from the 1920s, ’30s and ’40s.

If it were just those talented guys bringing that buoyant music to life in the old building, packed to the rafters — well, to the balconies — it would have been a memorable night, the kind you tell friends about when you get home.

But it was also a surprise party in honor of Wally Cuchine, the recently retired impresario of the Opera House (among other Eureka County responsibilities) who was astonished to find so many of his friends from around the state in the audience.

So if you’d been there with us you’d have have witnessed an outpouring of affection and appreciation, and got from that maybe some sense of what makes Nevada unique among the states. And then the band came back out and played some more sweet-spirited dixieland jazz. It was a fabulous night, the old brick building filled with light, warmth and good cheer; the music swirling through the old theater while a blizzard roiled slowly through the dark night outside.

Eureka stayed in party mode for the next several days, but there is an undertone of solemnity to the town these days. The Chinese restaurant is currently closed and the Owl Club is for sale. So is the Best Western, for that matter, and the beautifully restored Jackson House. The Ruby Hill Mine is going strong, but nothing thins down the highway traffic out here like $4 a gallon gasoline.

Quick Notes from beyond the mountains: The Genoa Cowboy Poetry & Music Festival May 5 – 8 headlines award winning poet Paul Zarzyski and multiple entertainer of the year winner Dave Stamey, along with Belinda Gail, Wylie & the Wild West, David John & the Comstock Cowboys, Doris Daley, Sourdough Slim and other favorites. Attendees will also find a busy schedule of workshops, several galleries of fine western art and about a zillion other activities and attractions over the four days . . . “Play Your Hand” is a free, family-oriented twice-monthly game night at the

Western Folklife Center’s Pioneer Saloon, 501 Railroad Street in Elko and for all ages and abilities. It takes place on the first and third Wednesdays of each month, beginning at 5:30 pm. Volunteers will serve cold drinks from the historic bar throughout the evening, and everyone is welcome to just meet up with friends and enjoy the old-time saloon and gallery.From March 30 through May 20 the Center is exhibiting three mannequins and 14 life-sized photographs by Geoffrey Nelson documenting daytime and nighttime Burning Man costumes . . .Here’s an interesting detour . . .

In Carson City and Carson Valley, golf season is here. The nine courses between Lake Tahoe and Reno provide a variety of challenges and some of the best golfing rates and lodging packages for visitors: affordable, challenging and rewarding experiences among golf enthusiasts. Check out what’s new at Divine 9 courses . . . Nevada Magazine’s Great Nevada Picture Hunt photo contest is underway and open to all photographers. New this year are six “Territory” categories and a “Then and Now” category, in which photographers re-create past Nevada Magazine and Nevada Highways and Parks cover images. Send photos via e-mail by 5 p.m. (PDT) on Friday, June 24. If you need to mail your images, call 775-687-0606 for instructions. Check out past photo contest winners and contest details here. Any NevadaGram subscriber whose photo is selected will receive an additional prize from us.

Last year the Western Folklife Center initiated the Pony Up! campaign to help the organization get through the unusually tough times and raised $76,000 on behalf of the 26th National Cowboy Poetry Gathering. Obviously the tough times aren’t over yet, and the Center has cut spending sharply. If you’d consider joining others in ponying up a gift to help ensure that the National Cowboy Poetry Gathering and the other year-round programs survive and thrive into the future, you can donate online or call Linda Carter at (888) 880-5885 or (775) 738-7508, ext. 222 . . . The Western Music Association nominated David John of the Comstock Cowboys as songwriter and entertainer of the year. The Comstock Cowboys gave a free performance at the Bucket of Blood Saloon in Virginia City on Easter Sunday. On the board sidewalks around town a six foot Easter Bunny and a walking Easter Egg were roaming around making guest appearances for photo opportunities as they go. Details here . . . 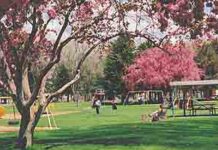 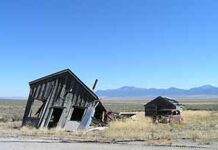 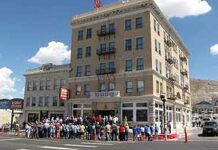 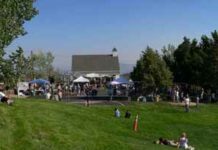 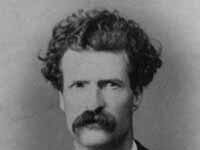 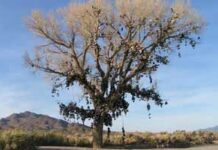