It’s snowing again today in the Tahoe Sierra — as the first in a series of 3 storms this week moves onshore. These systems will impact the region with more snow. Cumulative storm totals may reach or exceed 5 feet in the upper elevations near the Sierra Crest by next Monday, but with any luck we won’t see anywhere near that at lake level. Hopefully no one will fault me for wanting a break from shoveling massive amounts of heavy snow. Plus, after experiencing 4 days without electricity last week, I can tell you that no one in my neighborhood wants to see more falling trees taking down power lines.

Snow removal crews worked non-stop during last week’s storms so that when the crowds of people enjoying the Martin Luther King, Jr. holiday took to the roads this past weekend, our regional highway system was in good shape to handle the heavy traffic. 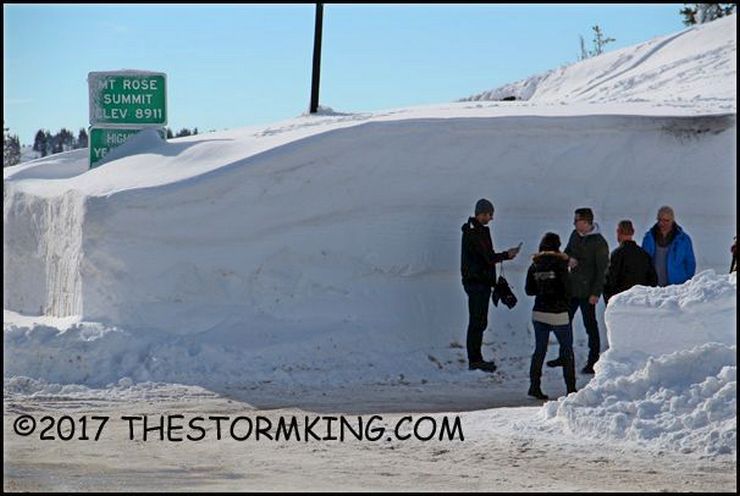 The snow was significantly deeper than this during the Top 10 winter of 2011, but we’re off to a good start this year. At 8,911 feet in elevation, the Mt. Rose Summit on Highway 431 is the highest year-round pass in the Sierra. 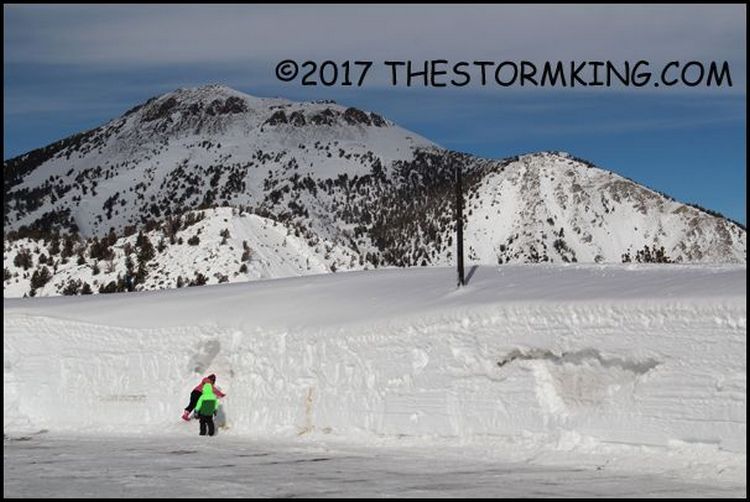 Mount Rose is an extinct volcano and both the highest (10,776′) and most topographically prominent peak of the Sierra Nevada range within the state of Nevada. Despite its name, Mount Rose Ski Tahoe is located on nearby Slide Mountain. The ski resort has the highest base elevation in the Tahoe Sierra at 8,260 feet, which means that the slopes there get snow when it rains at other resorts, especially during Atmospheric River events. The resort has picked up 380 inches of snow so far this winter (31.6 feet). 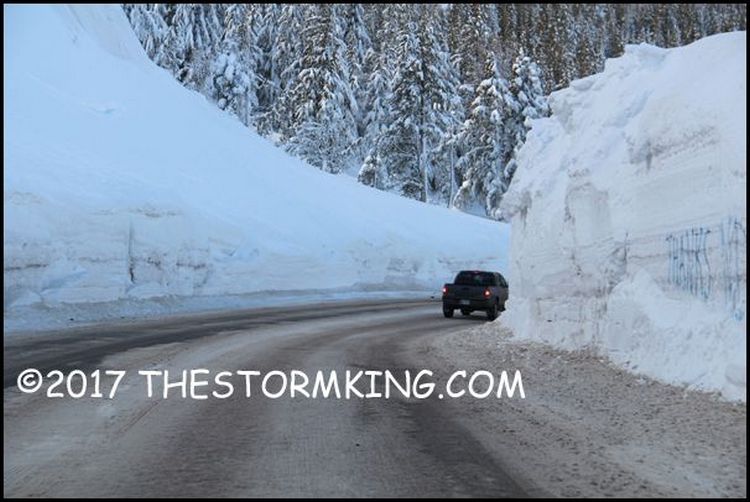 The east side of the Mt. Rose Summit is a heavy snow deposition zone and prone to avalanches. Highway crews use explosives to try and control devastating slides. 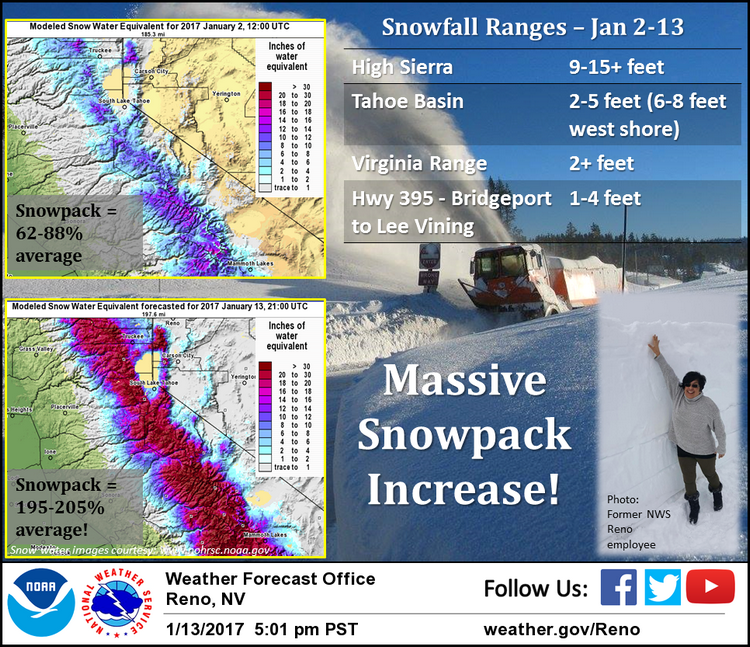 This January has been very productive when it comes to snowfall in the Tahoe Sierra region. 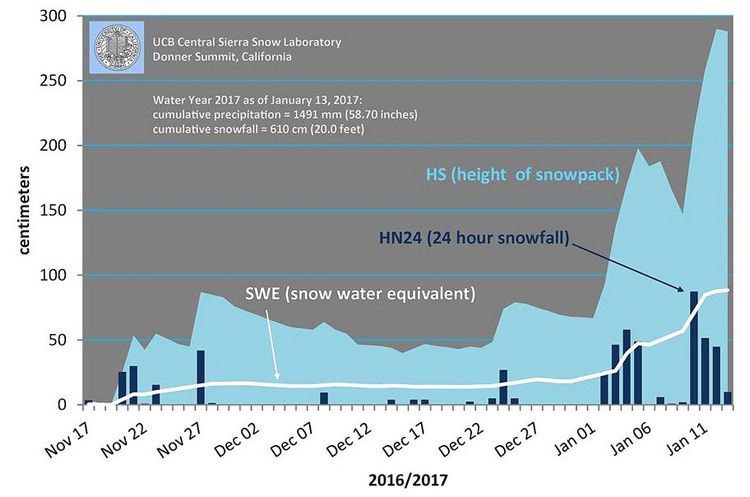 Nearly 59 inches of precipitation (rain and melted snow) have fallen at the Central Sierra Snow Laboratory near Donner Pass so far this winter. That is about 4 inches more than the Lab receives over the course of an entire water year (Oct. 1 –  Sept 30). The cumulative snowfall tally of 20 feet is impressive, but to make it into the Top 10 biggest winters you need a minimum of 50 feet. Check out my new book Snowbound! Legendary Winters of the Tahoe Sierra to read all about the Top 10.