Yardbirds and Manhattans Appear at Harrah’s 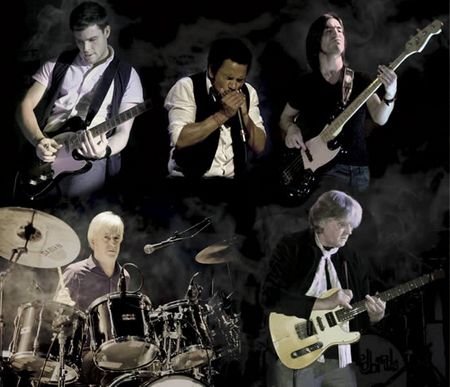 The Yardbirds, an English rock band formed in London in 1963, will headline the Fiesta Showroom at Harrah’s Tuesday, Nov. 10 at 8 p.m. The band had famous guitarists like Eric Clapton, Jeff Beck and Jimmy Page, and a string of hits during the mid-1960s, including “For Your Love,” “Over Under Sideways Down” and “Heart Full of Soul.” The current Yardbirds lineup includes original band members Jim McCarty (drums) and Top Topham (lead guitar). Tickets are $30-$40.

The Manhattans featuring Gerald Alston follow on Nov. 11, Veterans Day, with an 8 p.m. show. The quintet from New Jersey began making records in 1963 but didn’t strike it big until the mid-1970s with a series of romantic ballads for Columbia Records. They had eight songs in the R&B Top 10 between 1973 and 1978, with the composition “Kiss And Say Good Bye” going to No. 1 on both the R&B and Pop Charts in 1976. “Shining Star” made it to No. 5 on the Pop Charts and stayed for 14 straight weeks.

The Spinners Visit the E Center
The six-time Grammy-nominated Spinners will headline at The E Center at the Edgewater on Saturday, Nov. 21 at 8 p.m. Tickets range from $15 to $65. The Spinners have earned 12 gold records and are one of the few vocal groups with four lead singers. Currently original members Bobbie Smith, Henry Fambrough,
and Pervis Jackson are joined onstage by lead singer Charlton Washington, high tenor Harold “Spike” Bonhart and a five-piece band. The group has performed for presidents, received a star on the Hollywood Walk of Fame, and appeared in numerous network and cable television specials paying tribute to the music of the 70s.

The Riverside Resort has lined up an impressive list of headliners for Don’s Celebrity Theatre including in order The Lettermen, Darryl Worley, Doug Kershaw, and Terri Clark.

The Lettermen will take the stage Nov. 3-8 at 7 p.m. Through the 1960s and ’70s, The Lettermen scored 20 chart-topping hits with songs like “Goin’ Out of My Head,” “Can’t Take My Eyes Off of You,” and “Hurt So Bad.” Through more than 45 years performing, The Lettermen’s music still has its classic sound. The trio amassed 18 Gold
Albums worldwide. Tickets are $30.

Darryl Worley will chime in Nov. 12-14. Worley has topped the charts with singles including “I Miss My Friend,” “Awful, Beautiful Life” and “Have You Forgotten.” Worley hit the Top Twenty with the first three singles from his major-label debut, “Hard Rain Don’t Last.” Along the way, he earned nominations for five major ACM and CMA
awards, including “Song of the Year” and “Single of the Year.” Worley has been a tireless performer for troops following a 2002 visit to Afghanistan, Kuwait and Uzbekistan that helped inspire “Have You Forgotten?” He has been back nine times since then. Tickets are $25.

Doug Kershaw, affectionately known as the “Ragin’ Cajun,” will make a lively appearance Nov. 17-22. Kershaw performs an energetic mix of rock, blues, jazz, country and Cajun music. As a world-renowned fiddle player and talented singer/songwriter, Kershaw continues to expand his musical boundaries while remaining true to his Cajun roots. His signature hits include “Diggy Diggy Lo,” “Hello Woman” and “Cajun Baby.” Tickets are $25.

Terri Clark will grace the stage Nov. 27-29. Hailing from Canada, Clark got her start playing for tips at Tootsie’s Orchid Lounge, a honky-tonk bar across the alley from Nashville’s historic Ryman Auditorium. The eight-time CCMA Entertainer of the Year has also taken home the CCMA Female Vocalist of the Year award five times. She has made her mark on radio with more than 20 singles. Clark is a no-holds-barred live performer and one of few female country artists capable of throwing down some impressive guitar work. Tickets are $30.

The Avi continues with Blues at the River at 8 p.m. in the Arrowweed Lounge on Thursday nights. Upcoming acts include: Lee Rocker Nov. 5; Kara Grainger Nov. 12; and Roy Rogers Nov. 19.

Lee Rocker made his mark singing and playing his giant upright bass in the Grammy-nominated music group The Stray Cats. The group sold nearly 10 million albums and garnered 23 gold and platinum certified records worldwide. They remain a radio staple.

Kara Grainger’s music career began in a suburban town of Sydney, Australia, and since then has taken her on an incredible global journey. She combines tasteful blues and slide guitar, soulful vocals and a heartfelt approach to songwriting.