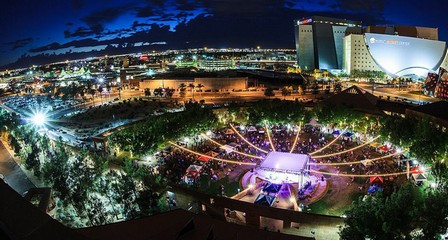 Motley Brews presents the Las Vegas Downtown Brew Festival on October 24th for adults over 21 years of age featuring unlimited samples from over 60 breweries with over 200 craft beers. Tickets were a little cheaper had you bought them in September; however, until 10/24/15 you can get general admission for $40 for entry from 5 p.m. – 9 p.m. Early bird tickets are $50 if purchased by 10/24/15 and will get you in an hour early, at 4 p.m. The price includes beer, water and entertainment. There is always food available for purchase. They also have a $20 ticket for designated drivers, just to make sure you don’t get caught sampling the beers! The event is located at the Clark County Amphitheater across from the Premium Outlet Mall at 500 Grand Central Pkwy. Previous festivals have had steady visitors without there being a crush of humanity with the exception of the opening of the gates. The festival is well organized including the clean-up during the event so you can feel comfortable while enjoying the music and crafts of the brewers.

Wolfgang Puck Bar and Grill in Summerlin is having an all-you-can-eat-and-drink celebration of Oktoberfest on October 6th. The restaurant is located in the new Downtown Summerlin area just south of Red Rock Casino off of I-215 and Sahara Avenue. The cost is $50 per person and, besides food and drink, includes a souvenir beer stein.

The Springs Preserve at 333 S. Valley View Blvd. and Alta Drive is having their Grapes & Hops Festival on October 3rd from 5 p.m. – 9 p.m for adults over 21 only. Tickets in advance are $40 for single or $70 for two. This includes unlimited beer, wine, food samples and entertainment. Restaurants participating are Mon Ami Gabi, Strip Burger, M Street Kitchen and others.

The Springs Preserve is also hosting the Haunted Harvest on October 16-18, 23-25 and 30-31 from 5 p.m. to 9 p.m. for $6 per adult and children ages 3-12 and is free for ages 2 and under. They have a number of activities with trick-or-treating booths, entertainment, petting zoo, family bingo, crafts and their spooky hay maze. This is a beautiful location for visiting, whether you attend this event or just go there to explore the grounds with the family. 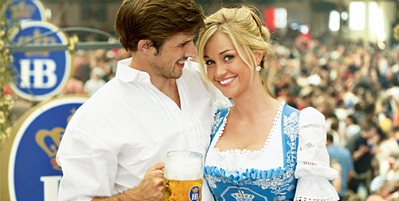 The Hofbrauhaus in Las Vegas is a must for an Oktoberfest celebration. Every Friday and Saturday in October they have keg tapping by Las Vegas celebrities, from Rick Harrison of Pawn Stars, October 3rd, to Thunder From Down Under, October 30th. Check out their event calendar to see which celebrity will be tapping on the specific dates you are in town. The crowds are always fun and the food “isn’t bad” either! If you go on their website and sign up for their newsletter they will send you a coupon for a free beer. Don’t miss out on their best festival of the year!

Football season is underway and I find myself at the Palms Casino on West Flamingo Road. What has drawn me here since my man cave is equipped with the very best television and sound technology? Oh, I know why … Palms is home to the world’s largest Hooters restaurant. This 15,000 square foot, two-story dining room has 50 televisions, a great poolside bar, delicious chicken wings, and those iconic Hooters girls. They’re everywhere. They’re beautiful. There are hooters no matter where I look. That’s why I’m at the Palms Casino.

Pawn Stars is the highest-rated show on the HISTORY television network and is broadcast from Las Vegas. No surprise. Rick Harrison, who I met before he became a television personality, has taken his Gold & Silver Pawn shop at 725 Las Vegas Blvd. South and turned it into Pawn Plaza. And what is Pawn Plaza? It’s Inna Gadda di Pizza, Pawn Donut & Coffee (donuts names and flavors influenced by Las Vegas celebrities), Vegas Flip Flops, Rick’s Rollin Smoke BBQ & Tavern, Smoke’s Poutinerie, So-Cal Speed Shop, and Rita’s Italian Ice. Pizza, donuts and coffee? Now I know where to find Rick when he isn’t in his office! 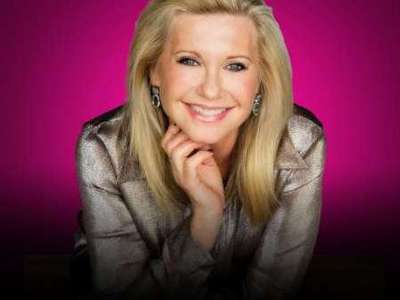 In 1978, Olivia Newton-John, now performing at the Flamingo, rose to national stardom in the movie Grease and became everyone’s girlfriend. Her popularity continues and is so great that aspiring singers and Olivia fans are encouraged to submit a video of themselves singing a classic Newton song from any era and submit to the Legends in Concert website. Participants must dress up as the real life music icon, or one of the characters she made famous such as Sandy from “Grease” or Kira from “Xanadu.” One fan will win a chance to perform at one of the Legends in Concert venues. The lucky winner will be determined based on overall looks, mannerisms and vocal ability to match the star’s likeness. A judging panel, including Olivia, will crown the very first Olivia Newton-John tribute artist. 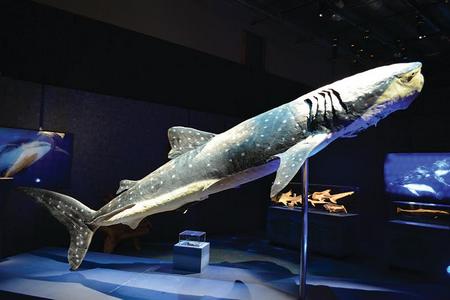 The exhibit has been on display at some of North America’s most prestigious aquariums. The use of a revolutionary polymer preservation technique, commonly known as plastination, allows the collection of once living aquatic creatures to be brought together on dry land. The process allows guests to see the outside and inside of some of the sea’s most magnificent inhabitants, including an 18-foot, 3,000-pound whale shark. The exhibit also features a 15-foot-long mako shark and giant sunfish among its more than 18 full-body sea creatures. Additional displays include 150 individual organs and smaller specimens such as tropical fish, crustaceans and octopuses.

Siegfried and Roy Introduce Four New Tiger Cubs at the Mirage. Siegfried & Roy introduced the newest additions to their animal family when four six-week-old tiger cubs made their first appearance at Siegfried & Roy’s Secret Garden and Dolphin Habitat at The Mirage last month. These are the first tiger cubs introduced at The Mirage in five years. They were born Aug. 5 to mother Indira and father Svengali. Animal lovers can watch and follow the cubs using the Twitter and Instagram handle @SARMOTIcubs. 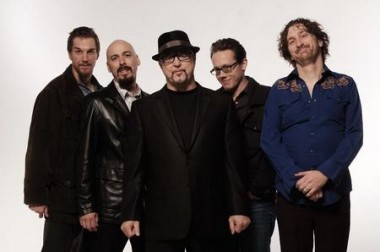 Wilson has been spearheading the band through 30 years of musical evolution, as well as extensive tours through the U.S. and Europe. Wilson has remained true to the band’s American music history but has also introduced new styles and sounds and acquired a more contemporary style. Tickets start at $29.