Here’s something you didn’t know about Diamond Jack: he loves to play Bingo. And he loves to play at the Plaza Hotel which has the only bingo room in downtown Las Vegas. The room was recently refreshed with new 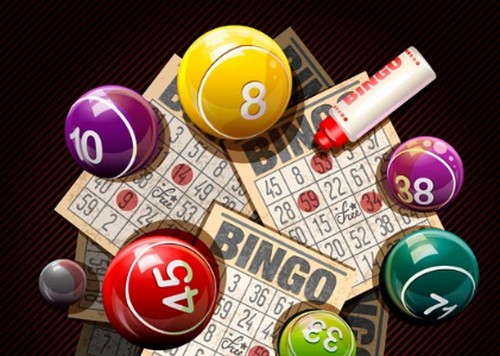 carpet, chairs and tables with 200 fixed base electronic bingo units. The Plaza holds Super Bingo tournaments every two months with nearly 1,000 players from around the country competing head to head with no linked games. The final Super Bingo event is Dec. 3-5 and the Plaza is raising each tournament’s prize amount to $200,000 with a daily $50,000 coverall. Complimentary 15-minute lessons, led by Reynz Ungos, the Plaza’s bingo ambassador, are held every Tuesday, Thursday and Saturday at 10:15 a.m. and 4:15 p.m. plazahotelcasino.com

It’s not too early to begin planning Christmas week in Las Vegas. And the holiday spectacular this year is “A Drag Queen Christmas: The Naughty Tour” at House of Blues at Mandalay Bay on Dec. 22. It stars RuPaul’s Drag Race, and that means such celebrities as Sasha Velour, Aja, Milk, Latrice Royale, Naomi Smalls, Chi Chi DeVayne, and Kim Chi. Diamond Jack will dress appropriately. 702-632-7600. HouseofBlues.com 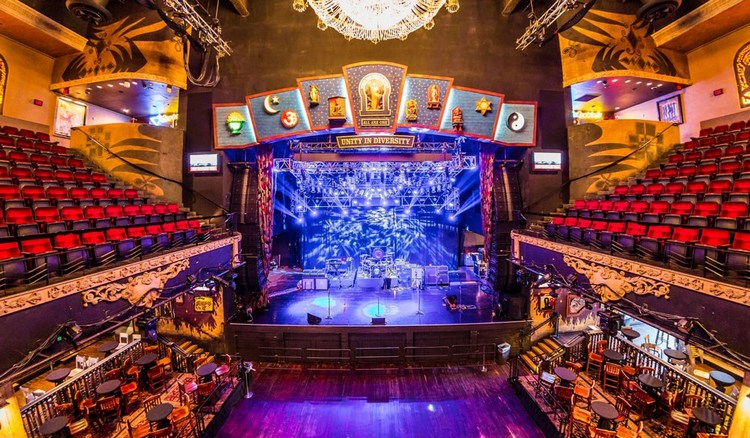 Puns for the Educated Mind

Enjoy these foods, spirits and crafts before the stuffing begins … 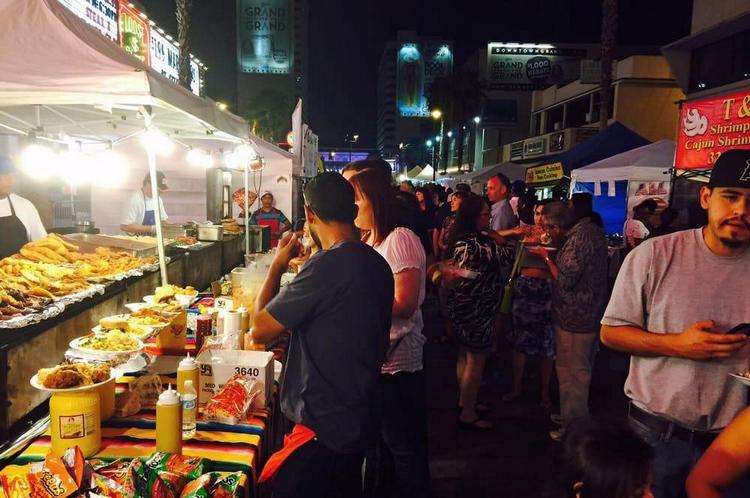 The 12th annual Las Vegas Culturefest FoodieNation is coming to Downtown November 18th and 19th. This food and music festival has free admission and entertainment at the Fremont Street Experience from 11 a.m. until midnight. There will be a diverse array of American BBQ, Mexican, Jamaican, Soul, Asian, Creole and other ethnic foods available for purchase. Enjoy all this while listening and dancing to live bands and local DJ’s play Rock and Roll, Blues, Merengue, R & B and other musical styles. 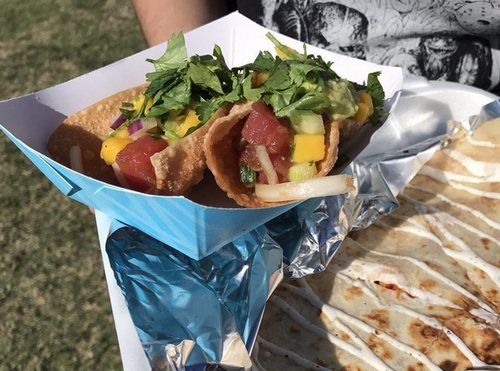 In the something different category, the Project Taco Festival will be held at Craig Ranch Regional Park (Craig & Commerce St.) on Saturday, November 4th from noon until 8 p.m. This is their 2nd year and drew thousands of people last year. They will have margarita bars, a beer tent and over 20 competing taquerias, including Pinches Tacos, Project BBQ, Los Corrales and, new for this year, Leticia’s Mexican Cocina, which has excellent food and now has two restaurant locations in Las Vegas.

While the festival will have variations of the taco for different prices each “shop” will have a $2.00 taco for purchase. Nothing better than a handmade tortilla with chicken or fish or tacos al pastor!

They will also feature an exotic car show, carnival rides and live entertainment from bands, Folkloric dance groups and Mariachis. This is a family friendly event with general admission of $10 in advance or $15 at the gate. You can also purchase the Tequila Expo admission for $50 in advance or $60 at the gate which lets you into the grounds at 11 a.m. instead of noon. For this price you receive souvenir shot glass, 3 tacos at the VIP tent, private bathrooms, and more, plus all the general admission activities. 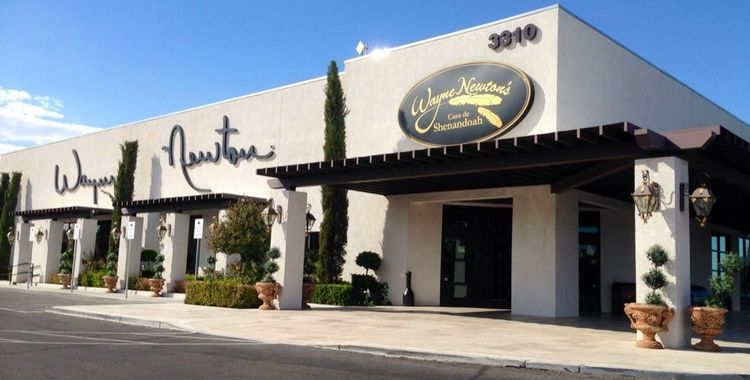 Here’s a new festival for you if you happen to be in the Henderson area on November 11th or 12th. The Fun-Do Festival will be held at the visitor’s center at Wayne Newton’s Casa de Shenandoah Visitors Center, located at the northwest corner of Sunset and Pecos in Henderson. This is right across the street from his famous property where tours are available.

This is their inaugural year and promises food trucks and tents, kids events, local bands, and a car show with advance general admission of $5, seniors/military of $4 and children under 54 inches tall free. Tickets at the gate are $8 and $7. Ticket prices include tax. The hours are 11 a.m. until 10 p.m. on Saturday with Sunday’s hours 11 a.m. until 9 p.m.

Truckin’ right along, Sunset Park’d is hosting their 5th food truck and micro brew festival on November 4th at  … wait for it … Sunset Park! From Noon until 8 p.m. they will have music, food, beer, rides, fun, and their beautiful park for all ages to enjoy. This is one of the best food truck festivals in the Las Vegas area! Grass is so much better than asphalt for your feet.

There is more room to move around the trucks, and they have had numerous activities set up for adults (wine painting) and children (water balls), plus other crafts and live bands. The park is located at Eastern Avenue and Sunset Road in Henderson. Another best thing about this festival is there is no admission charge for the food truck festival. So, you can go and enjoy your day at the park and have over 30 food trucks to keep hunger at bay without having to bring a picnic basket!

A note for the Brew’s Best Beer Festival being held there at the same time. They are charging $35 at the gate for this portion of the festival which includes a souvenir tasting glass and gives you unlimited samples from local and national breweries. They are celebrating their 10th festival year. Their hours are 1 p.m. until 7 p.m.

The Silverton Casino will be holding a couple of craft shows this month in their Veil Pavilion. Both Craft & Gift Shows have free admission, parking, swag bags, samples and a drawing ticket. They have drawings every ½ hour, with over 50 prizes. Between 70 and 100 crafters plus vendors will showcase arts, crafts and other unusual holiday gifts for purchase. The show dates are November 12th and November 26th and the hours are 10 a.m. until 5 p.m. 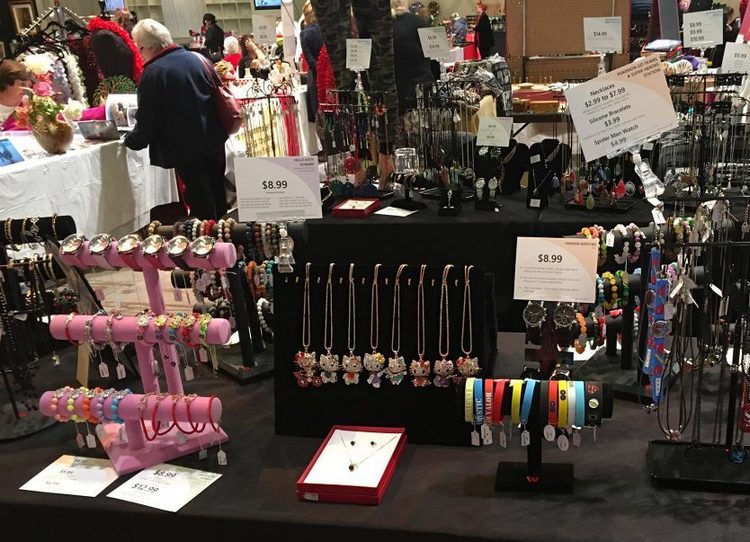 They have an added feature for the 26th craft show which is their Hug-A-Bear Drive to support children in need. They are requesting a new 10” or taller stuffed animal to give to children in need of comfort. If you are able to do this, they would greatly appreciate your effort and will give you a free gift.

If you are a wine connoisseur or even if you just want to try a variety of wines before you buy, you might want to attend Lee’s Discount Liquor 15th Annual Wine Experience on November 11th at the Thomas & Mack Center at UNLV. They are featuring over 1,000 wines from across the U.S. and other countries. Argentina, Spain, Italy, Chile, and France are just a few named countries, and there will also be various spirits to try including beer, vodka, rum, whiskey, and various liqueurs. The hours are 4 p.m. until 8 p.m. Tickets purchased in advance are $60. You can also be admitted at the door for $70.

Over the years this event has had celebrities presenting their name-sake spirits and food booths presenting finger foods to soak up some of the liquor. This is definitely a drink and don’t drive event.

They will also be holding a silent auction going to Lee’s Helping Hand. This is a non-profit organization supporting numerous charities related to education, disabled families and organizations, adoption and senior services throughout Las Vegas.

The Singing Trump visits The Joint at Hard Rock 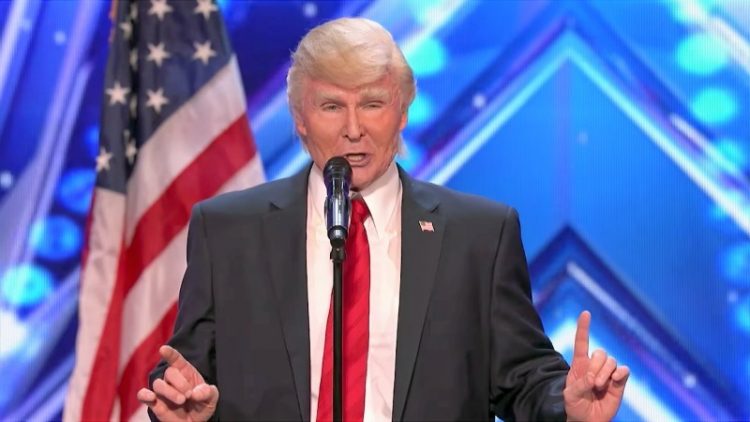 The Singing Trump portrayed by singer, impersonator and comedian Jeff Tracta from Season 12 of NBC’s “America’s Got Talent,” will headline a night of singing, laughing and dancing at The Joint inside Hard Rock on Saturday, Nov. 4 at 8 p.m. Tickets start at $45.45.

Tracta first earned fame starring as Thorne Forrester for eight years on the CBS daytime drama “The Bold and the Beautiful.” His musical talents manifested on the soap. He has performed concerts in more than 31 countries and albums go triple platinum worldwide. Tracta also made his Broadway debut starring as Danny Zuko in Tommy Tune’s revival of “Grease.” His award-winning comedy performance in “Agency” received rave reviews and won the Los Angeles Critics Choice Award. 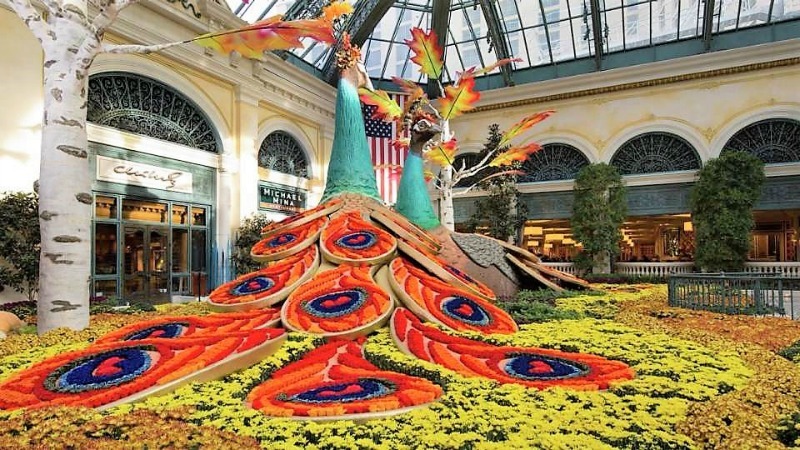 The East Garden has a 25-foot circular dome draped in gold and burgundy vines and four ornate chandeliers while the South Garden features a 28-foot enchanted talking tree and three scarecrows. The conservatory is open to the public 24 hours daily and free.

The contemporary fine dining Phoenix at Lucky Dragon with panoramic views of the Strip has updated its menu to serve a wider variety of upscale Asian flavors. The alteration moves Phoenix away from the original and more traditional family-style service toward a style better suiting the restaurant’s upscale atmosphere.

Pancho’s Mexican Restaurant in Downtown Summerlin will celebrate National Nachos Day with Nachos Diablos offered exclusively on Monday, Nov. 6. With chicken, price is $13.95 and a dollar more for shrimp.

Grimaldi’s Pizzeria in the Grand Canal Shoppes is bringing back its famous pumpkin cheesecake through the end of November for $6 per slice. In addition, Grimaldi’s Tuesday Tastings, which includes half-off glasses, carafes and bottles of wine all day, has been extended through the end of the year.