Vegas has a little bit of everything going on in April!

Did you miss the curling event in Las Vegas at the end of March? You are in luck! It’s not over! The World Curling Federation’s Men’s Championship is being held through April 8th at The Orleans Hotel & Casino in their arena. The event began on March 31st and this is the first time this event is being held in the U.S. since 2008 and the very first time it is being held on the west coast! 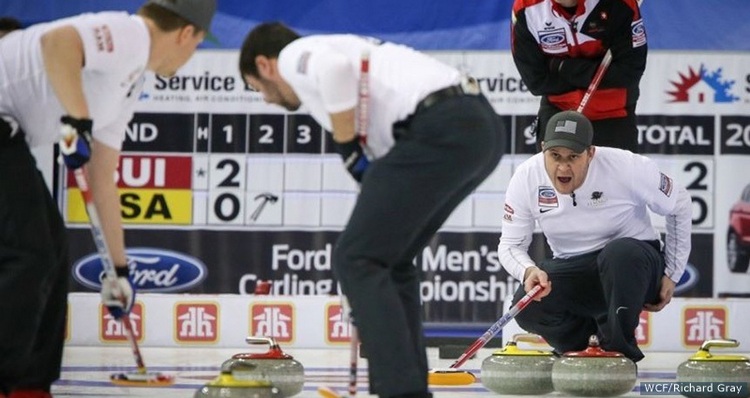 There are several price packages for the event from their Old Classic Hit & Stay for $1,599 which includes all 9 days of curling and a 10 night stay for 1 person at The Orleans to The Opener Hit & Stay package for $756 for 1 person which includes all draws during the first 4 days of competition and a 5 night stay to Individual Draw tickets for $25 each. Check out their website https://www.lasvegascurling.rocks/tickets for more details on pricing. Except for the first and last days of the event (March 31 and April 8) there are 3 draws per day at 8:30 a.m., 1:30 p.m. and 6:30 p.m. The 2 draws on April 8th are at noon and 5:00 p.m.

They still might be looking for volunteers for the event; however, this does not mean you will be in the arena during the event since they also host parties, ceremonies, community events, sales, etc. You might have a chance to see the events at a discount if you are not in the arena volunteering. If you are interested in finding out more information you can visit this website: https://www.lasvegascurling.rocks/volunteer

In February we had The Color Run race downtown where you walked, ran or strolled through blasts of non-toxic colored starch. This month, the Foamglow race is being held the night of April 7th at Sam Boyd Stadium. The reason for the 7:30 p.m. start? Darkness! Yes, the 5K (3 mile) course keeps you moving through zones of colored foam blasts which are non-toxic and 100% natural. They ask you to begin the race with an all-white T-shirt so you can be engulfed in colors before the end and glow from their black lights by the time you reach the finish line. Instead of this being a real competition race they will release waves of runners every few minutes.

They will have live entertainment with an after race party. The registration is $50 which lets you enjoy the “race”, the party and receive their event t-shirt. A portion of the proceeds are given to a local charity. If you are just going to cheer on the runners they allow free entry at the start and finish line. Gates to check-in open at 4:30 p.m. They have a pre-race party starting at 6 p.m. to get you pumped up with free giveaways and music.

Notes: There is a $10 cash fee for parking. You can pre-register and pick up your packet on April 6th between 11 a.m. and 7 p.m. It is wise to pick up the day before since they will charge a fee of $5 to pick up on “race” day. 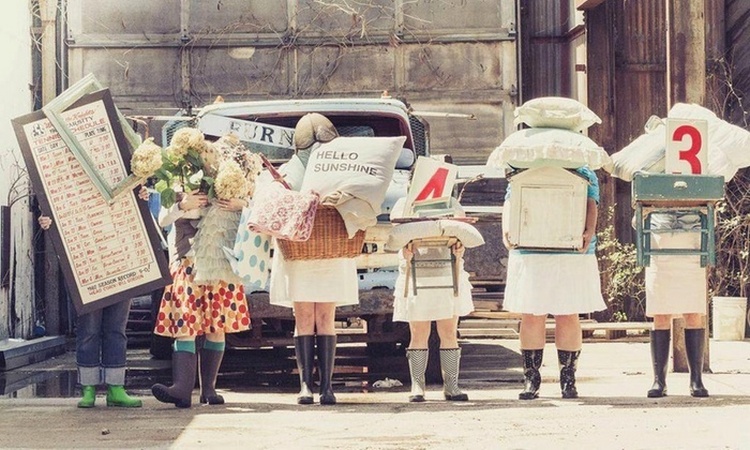 The Lawn @Downtown Summerlin is hosting Vintage Market Days from April 13th through 15th beginning at 10 a.m. each day and running until 5 p.m. Friday and Saturday and 4 p.m. on Sunday. The Early Buying Event ticket is $10 for all 3 days with in and out privileges. Or, general admission on either Saturday or Sunday only is $5. Tax is included in the prices. Children ages 12 and under are free all weekend.

This is your chance to see what you can find from those old days of the year…2000…just kidding! You will be able to find really vintage and vintage-inspired crafts, jewelry, furnishings, clothing and art along with enjoying live music, food and, hopefully, beautiful weather. 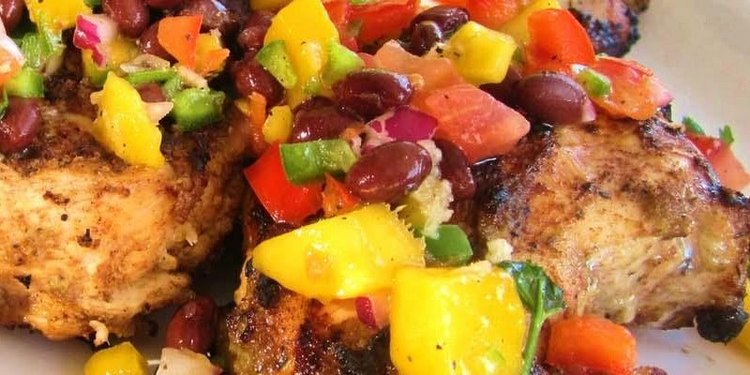 The Las Vegas Taste of the Caribbean is returning for their 3rd year to the Arts District in Downtown Las Vegas, 2 blocks south of Charleston on Casino Center Blvd. They have billed this as their “Food, beer, rum, music and arts festival” and invite you to explore The Caribbean, West Indies, Bahamas, Cuba, Latin America and other international cultures. The event will be held on April 20th and 21st from 11 a.m. until 8 p.m. each day. The event was free last year; however, they will have more entertainers so expect an admission charge. 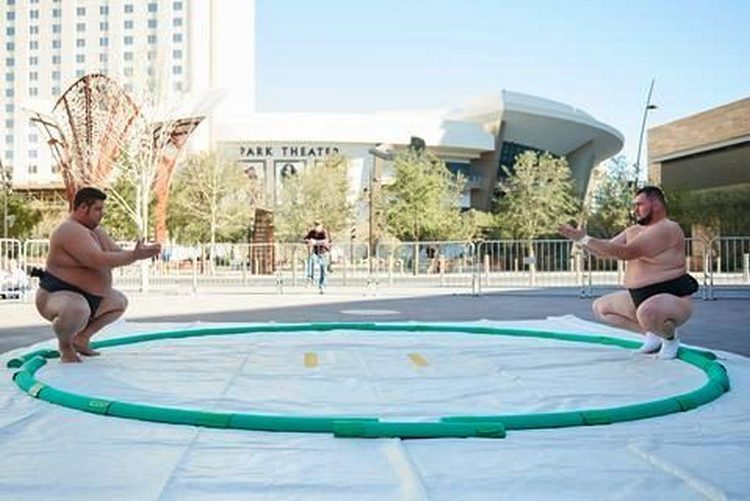 In the try something different category, the Ultimate Sumo League is having their first competition of the world’s finest Rikishi (Sumo Wrestlers) in Las Vegas on April 28th. There will be 40 individual matches in a double elimination format beginning at 8:00 p.m.

The event is being held in the Park Theater at the Monte Carlo. Tickets begin at $41 (+ fees) per person for a 4-pack (4 people), or, for individual tickets from $55 ($76 including fees/tax) up to $137 ($174 including fees/tax). There are discounted tickets available for this event; just check your options. Groupon was offering tickets for $30 in March!

Just a few weeks ago, we watched the U.S. Men’s Curling Team win its historic gold medal in the 2018 Olympic Winter Games. Now, for the first time in a decade, the World Men’s Curling Championship returns to the United States (Las Vegas, of course) at Orleans Arena, March 31 – April 8. Besides the USA, teams competing for the title include Canada, China, Japan, Korea, Scotland, Norway, Netherlands, Italy, Sweden (silver medal), Germany, Russia and Switzerland. Each team plays 12 games during the seven-day round-robin portion. Tickets start at $25. www.orleansarena.com. 702-365-7469.

Looking for a “smashing good time” in Las Vegas? Go find The Wreck Room from Corey Holtam, who has opened a destruction experience where guests can release their emotions while having fun. There are four separate rooms filled with items to be pulverized. Customers are provided a full suit, face mask, gloves and bootie protection, and a wrecking weapon. Participants must be 18 years or older, provide identification, wear closed toe shoes, and sign a waiver. 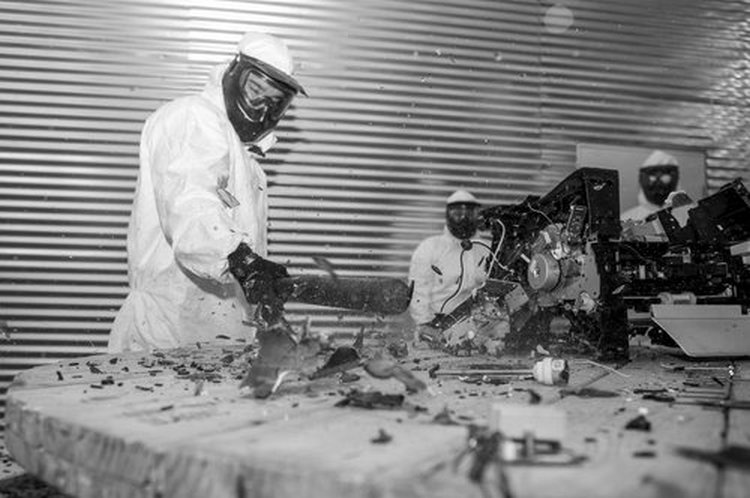 Holtam was working construction and couldn’t resist breaking windows that were being thrown away. His joy of busting the glass gave him an epiphany to create a business. He visited “anger rooms” in California, Texas and Georgia and took the best ideas from each place to create and develop his room. The Wreck Room is open daily from 2-10 p.m. Standard packages start at $35. 702-405-6408, www.wreckvegas.com.

Looking for a different way to celebrate Easter? You might consider the family-friendly Easter brunch at the House of Blues at Mandalay Bay on Sunday, April 1.  There will be two seatings at 10 a.m. and 1 p.m. Tickets are $54.50 for adults and $27.50 for children 3–11.

Kids will receive a special treat upon arrival to their seat. It will be a bountiful Easter basket with eggs, prizes and sweet treats and the Easter Bunny will make a special appearance to take photos. For adults, a raffle will take place with tickets to upcoming House of Blues performances.

Comedy Cellar to Debut at Rio

The renowned Comedy Cellar will open its first West Coast location with an underground Greenwich Village club vibe including the low-ceiling design and brick wall plus stained glass at the Rio on Thursday, April 5. The comedy club will include the full food and drink menu from the club’s sister bar and late-night hangout The Fat Black Pussycat.

Headlining performances will be held Wednesday at 9 p.m. and 11 p.m. Steve Byrne, a 10-time guest on “The Tonight Show,” will appear on April 11. Byrne has performed globally to sold-out crowds, produced two hour-long Comedy Central specials, “Happy Hour” and “The Byrne Identity,” the Netflix special “Champion,” and the Showtime special, “Tell the Damn Joke.” Tickets are $45 for general admission. 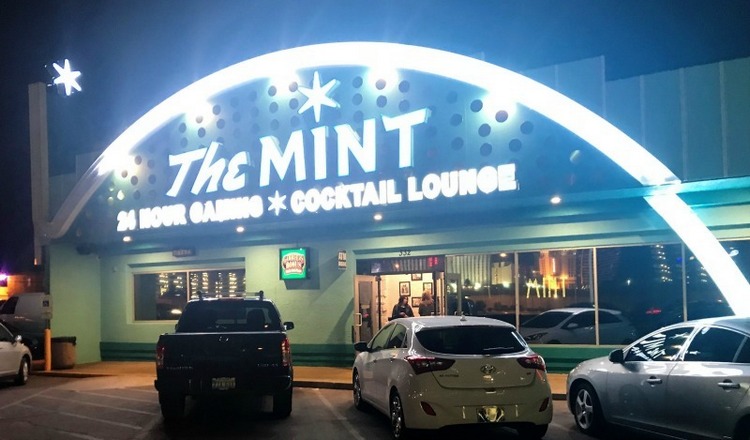 The MINT Tavern has opened at 332 W. Sahara Ave., a few doors down from the Golden Steer, which is the oldest operating steakhouse in town, with a classic Las Vegas-lounge atmosphere. The local-friendly spot offers time-honored libations, a variety of live entertainment and 24-hour gaming.

The establishment has been conceived by nightlife mogul Todd Worz and Jonathan Fine, owner of FINE Entertainment. Both men conceptualized the space based on their mutual appreciation for the roots of Las Vegas, blending classic hospitality with a progressive tavern experience. The name is inspired by The Mint, which originally opened its doors downtown as a hotel and casino in 1957.

Currently, The MINT Tavern is featuring free weekly swing dancing lessons on Fridays from 7:30–9 p.m. and will have a rotation of other entertainment such as a pianist and vocalist, three-piece band, acoustic guitarist, comedy shows and big bands.

Since introducing its first Chinese restaurant, Island Tang in the heart of the financial hub in Central, Hong Kong in 2008, Lai Sun Dining, a subsidiary of the Lai Sun Group, now operates nearly 20 restaurants worldwide.