In past columns that I have written, I have never had much good to say about Silver Peak. 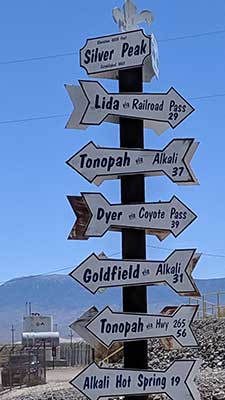 Silver Peak is a tiny hamlet in Esmeralda County (best dirt roads in the state) at the end of SR 265 about 25 miles from its junction with US 95 between Hawthorne and Tonopah. I still don’t have much good to say about the town itself. The pavement ends in Silver Peak.

According to the 2010 census, there are 107 folks that call this hamlet home. Mining has been, and will always be, the economic driver of this community. Albemarle Lithium is the big player in this town, and Silver Peak is the only lithium mine in the USA. With battery technology taking off, lithium is an important element. Just to give you an idea, Albemarle bought this operation from Rockwood for $6.5 billion. No mere chump change here. Although recent news stories are talking about falling lithium prices, Albemarle seems to be forging ahead with plans for expansion. 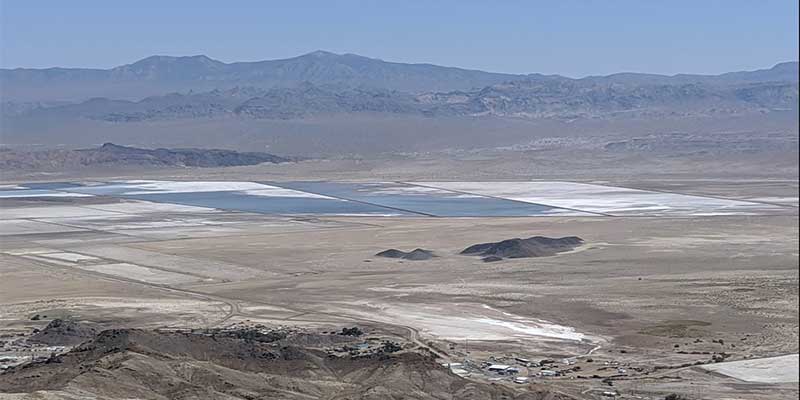 In the early 2000s, Mineral Ridge Gold came into operation here and opened a medium sized pit just out of town. In 2015 every vacant spot in Silver Peak hosted an RV trailer of some kind. You couldn’t shoehorn another trailer in this small town. Basically, it was a man camp. People came to work and worked till their next days off where they hightailed it out of town headed for home . . . wherever that was. 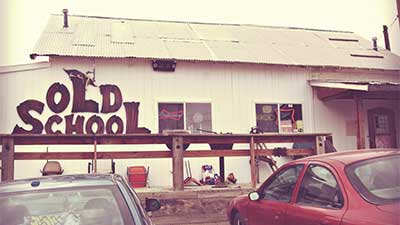 When I posted a little blurb about this on my Picon Drinkers Facebook page, a friend of mine posted “Mineral Ridge-Yuk”. I asked him to explain.

We worked the winter of 2010 there and lived in a pop up tent trailer during that time. The wind blows constantly and it can be — and is — cold during the winter. The R-factor of canvas walls is not great. I’m sure he made some money though. Living in those conditions — overtime? Of course. A warm truck or shop beats the hell out of freezing to death in your tent trailer. 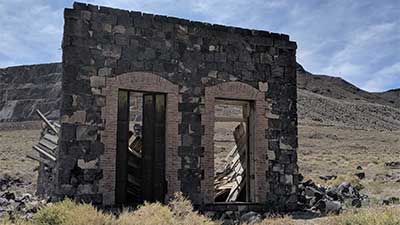 The mine closed a few years ago and most of the transient population left town for good. But hold the phone! Scorpio Gold has acquired the property and there is infrastructure work going on now to reopen this mine. I noticed that there is a little work already happening on RV spots and there are a few trailers already in town. Mineral Ridge will live on! 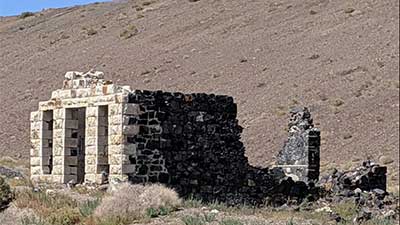 Spending five days in Silver Peak was not exactly like five days in Hawaii. But, if you are like me, then there are five days of exploration to do around this historic area. Silver Peak is actually one of the oldest mining areas in the state. The surrounding hills are loaded with long abandoned mines and ruins. Each day, we rode about 60+ miles again, on the best dirt roads in the state. Even the secondary and thirdary (if that’s a word) have seen a blade. Road graders are king in the Esmeralda County Road Department.

I often talk about shooting stars in Nevada’s past. Blair was one of them. Its remains are located not far out of Silver Peak and denoted by a historical marker on SR 265. The town was established in the early 1900s by the Pittsburgh-Silver Peak Gold Mining Company. 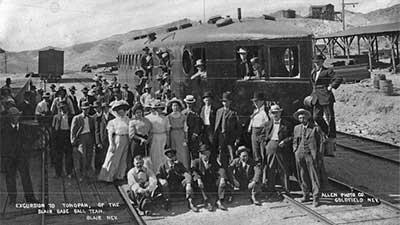 This group, funded by eastern money, was basically forced to build this new town. Speculators in Silver Peak, after learning of the plans this company had for the area, bought up all available land nearby in hopes of some major land speculating. So, the company built its own town about 5 miles away.

There are ruins of a substantial house as well as the ruins of that 100 stamp mill. Well worth the time to poke around. 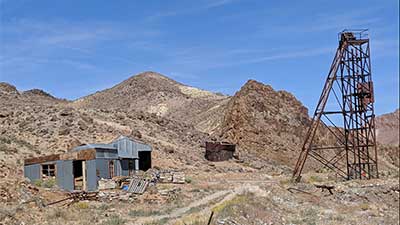 We also took a long loop around the area that took us to the Mohawk Mine. This was only one of several mines on this loop that we were able to visit. But probably the best part of that whole day was the trail down Argentite Canyon. Absolutely amazing, riding through the trees and the magnificent rock formations on this particular trail. It was a pretty rough road but loads of fun.

Coyote Summit is the major East-West route between Silver Peak and Fish Lake Valley. It is at the top of Coyote Summit that you pick up the road to Mineral Ridge. 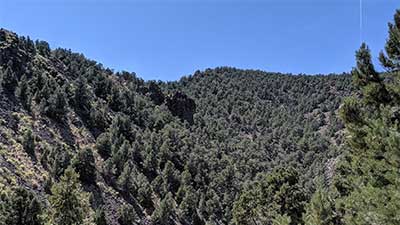 But the road winds down toward the west and you are under the shadow of Boundary Peak and the White Mountains. There is lots of ag in Fish Lake Valley but there is also the “Hot Box”, a developed hot springs with camping nearby. It really is a pretty spot but quite remote.

So, have a few extra days and a self contained camper unit, give Silver Peak a try. But, if you have an aversion to white dust and absolutely no vegetation, then this place is not for you. 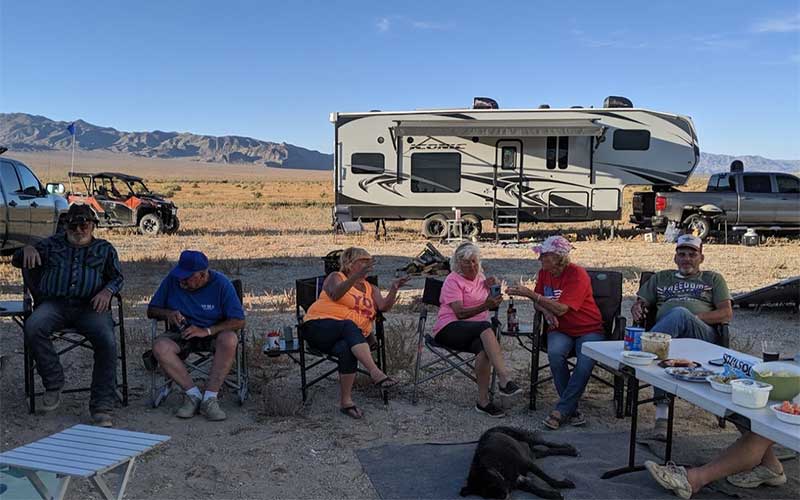