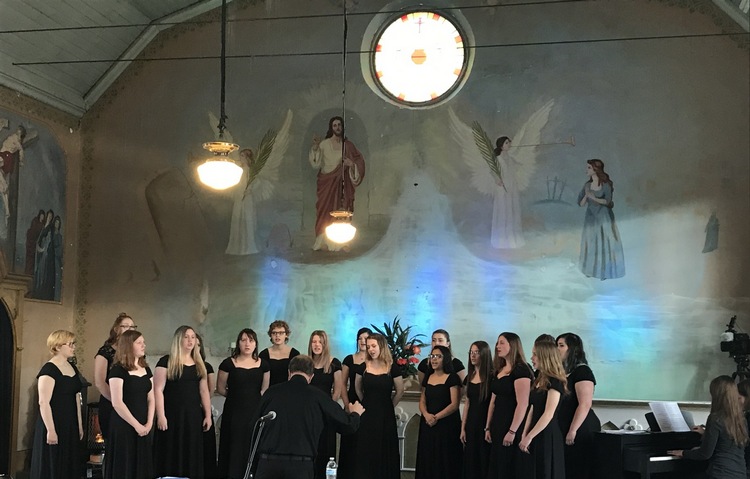 Director of Music in Battle Mountain, John Gist, arranged for the high school choir performance of eight songs. “This is a great room for singing. There is a natural reverb, and it’s a very live room. I also feel it’s important for students to build a relationship with significant historical sites, especially when they relate to historical culture near their homes. We are Nevadans, and this is Nevada,” Mr. Gist said. The choir consisted of eighteen performers in grades nine through twelve.  His performance arrangement included songs with beautiful lyrics from a Swahili love song, The Star Spangled Banner and When I Fall In Love. Audrey Farr, a 2018 Battle Mountain graduate and resident of nearby Antelope Valley, was accompanist for the choir.  Though now a college student at GBC, Audrey still maintains close ties with the music department in Battle Mountain. 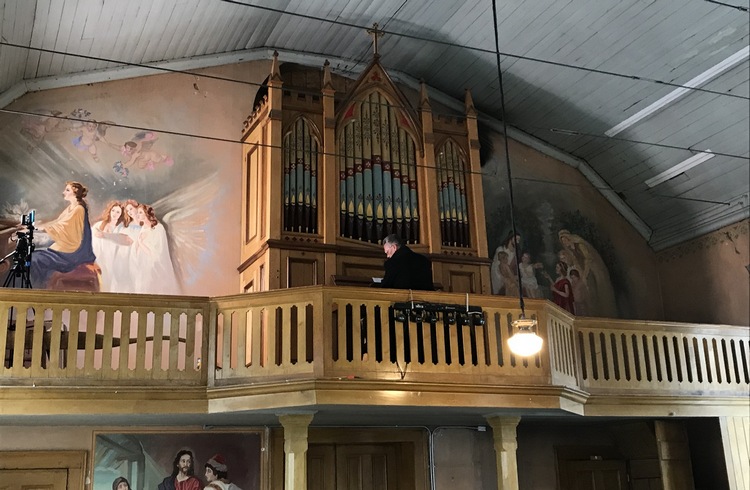 Aaron Pellegrini of Yerington made the six-hour, round-trip drive so he could perform on the one-of-a-kind Henry Kilgen organ.  An organist for more than 32 years, Aaron was thrilled at this first opportunity play on the unique tracker organ. “It is a beautiful and wonderful instrument,” Mr. Pellegrini said.  He purposefully chose an arrangement of over eleven songs that related to the era of the birth of the organ as well as what an audience of that time period would have enjoyed. He skillfully performed pieces such as Battle Hymn of the Republic, Shine on Harvest Moon, Glow Worm, and Ghost Riders in The Sky.  His finale, the most notably famous piece written for an organ, was J.S. Bach’s Toccata in D Minor. Board Member Paul Tremayne was able to contact Aaron through a mutual friend, asking him if he would be interested in performing. 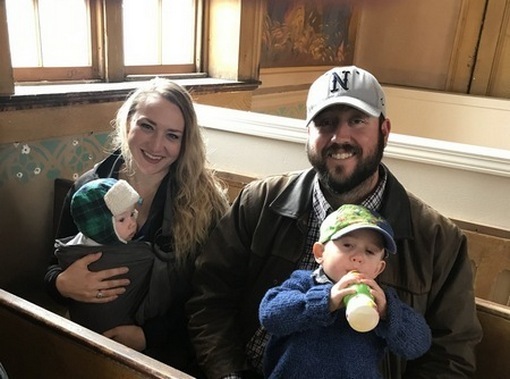 Taking office June 2018, the new Board Members of St. Augustine’s Cultural Center were proud to host this spring performance.  Secretary of the Board, Sharon Tremayne said, “We are thrilled to be able to bring such an event in Austin. It was a great opportunity for exposure of the history of this beautiful building and thrilling to hear the wonderful voices of the choir and amazing sound of the organ.  It is our intent to include events like these at the Cultural Center, which helps enrich the lives of those who are interested in Nevada history.”

As a fund raiser for the Center, Nevada Dutch-Oven Champions Paul Tremayne and John Gist, were selling tickets for a gourmet Dutch-over dinner, valued at $520.  The winner, Jenni Iturriaga of Battle Mountain, was announced that evening.

St. Augustine’s Cultural Center is scheduled as hosts for more community events this year and hopes the venue will continue growing as its reputation increases within the tourism, cultural affairs and lifestyle communities.  For more information about the Center, or for hosting events, emails may be sent to staugustines@yahoo.com or follow them on Facebook at St Augustine’s Cultural Center, or Instagram at St._Augustines_Cultural_Center. 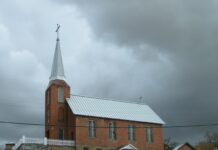