Founded in the 1860s, Austin has always been the town that refused to die. Forever, it was the county seat of Lander County — until it wasn’t. The old courthouse is still a fixture in this town, but the County seat is in Battle Mountain now. 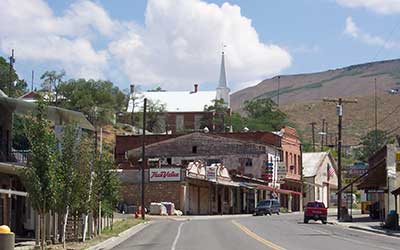 Waaay back in a different century, my father Raymond Smith was county planner for a number of rural counties in Nevada including Lander. He gravitated to these places because he liked the people and liked the attitude of 1960s and 1970s rural Nevada.

He spent many hours and days traveling to these outposts to meet with the folks from these counties. In the early 60s, it was a Jeep Wagoneer.  Big, comfortable but in all actuality, rather slow and they really liked fuel  Then came the Mustang. In 1965 it was 289, four on the floor and a mover. At 100 mph, it got the same fuel economy as the Wagoneer at 60.  And in those days, the speed limit was “safe and reasonable” which left a lot to discretion. I was with him on a lot of these trips. I liked this stuff . . . and I still do. 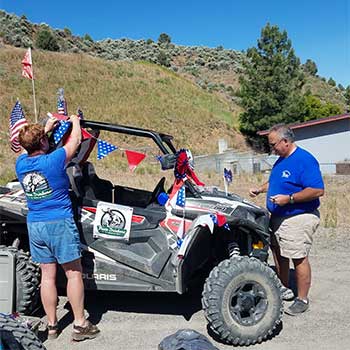 This past 4th of July week found me and my traveling cohorts (aka NV BLU) camped at Big Creek overlooking the Reese River Valley and prepping for our inaugural appearance in the Austin Fourth of July Parade.  This was our first in Austin.  Last year we were in Belmont but decided to mix things up. We camped for a few days near Big Creek and had some good rides throughout the area.  The wildflowers were worth the price of admission and we still encountered spring conditions.
On the fourth, we dutifully met up by the Museum where we decorated our rides with my “Picon Drinker of the American West” banners (see us on Facebook).  We had flags and banners and I thought we looked pretty good. But . . . the three little local girls with a dance routine and face paint are always going to win . . . and they should.  We are here for the fun, not the award.

After the parade there was an hour or two before the festivities began at Gandolfo Park at the top of town. What do we do for a couple of hours?  Go find a picon. 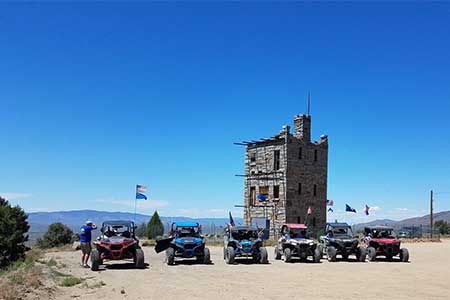 That was easier said than done. We ended up at the Owl Club where they had the materials but not the know how. No worries. Within a few minutes, the bartender was fully versed and making picons for all of us . . . all before noon.  We soon exhausted her one bottle of Amer Picon.  But, there are picons in Austin if you are so inclined.   I’m not a shy person and there were no exceptions here.

I was standing outside when I looked over at the Golden Club. This place has been closed for a long time.  I remember being there in my early 20s and in the bar. There was this older — no, just plain old — lady dealing cards on a 21 table in there.
She cleaned me out in no time.   I asked an older local if he knew her. Yes, Clara Williams was her name; “Grandma Clara” for short. She had gaming license #00000002 (license #00000001 is held by the Alamo Bar in Pioche). Funny how that memory came flooding back as clear as a bell as I was peering through the dirty windows at the old back bar. 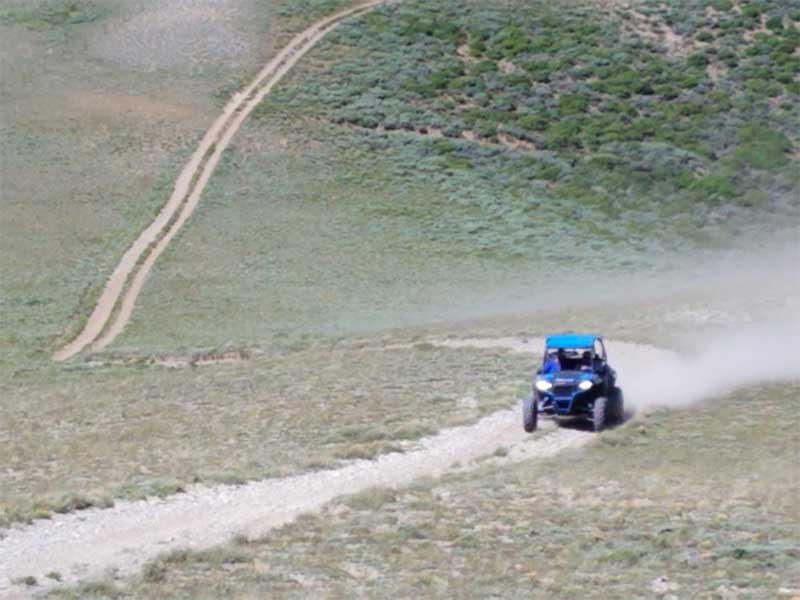 We spent a few days doing some fine rides. Spring in Nevada — even in July — can’t be beat.
―advertisement―