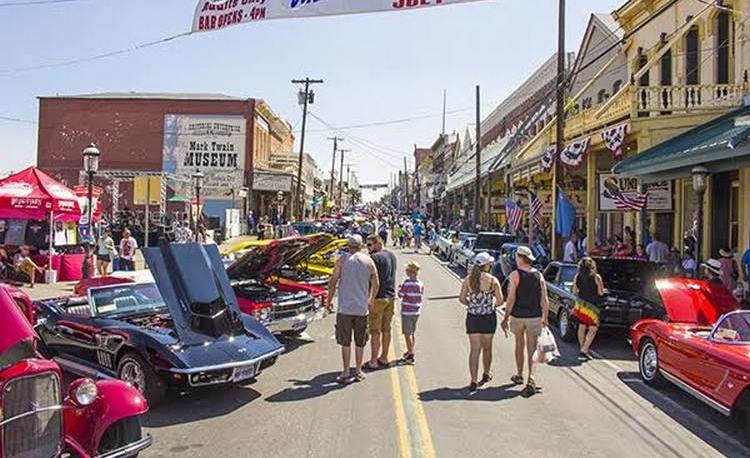 Picture perfect weather embraced the kickoff weekend of Hot August Nights as Virginia City played host to hundreds of Classic American cars lining C Street. Visitors enjoyed twice as many cars as last year, and the variety of automobiles provided both the hardcore car enthusiast and casual visitor with an amazing array of American Automobiles from the 1920’s through 1970’s.

Mike Smart, President of the Board of Hot August Nights, explained that Virginia City was selected as the kickoff venue due to its reputation as a must-see venue and its proximity to Reno. “For years our kickoff event was in Lake Tahoe with our show and shine nestled along the shoreline and in Casino parking lots, and included a classic boat show along with the cars. 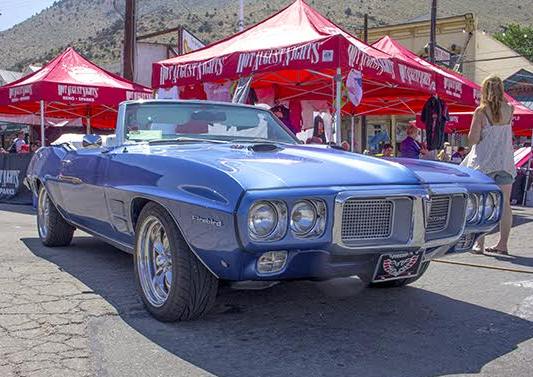 Last year, our anchor Casino was undergoing major renovation and the big parking lot was not available to us. The board met to find an alternative to the Tahoe venue, and last year we kicked the tires in Virginia City to see how it would go. The response was so favorable that our board decided to enter into a three year relationship with Virginia City. This year, we doubled the number of cars that made the trip up Geiger Grade with over 330 registered participants.”

The event brought thousands of visitors crowding C Street, which was closed off for the event so the cars could stage along the historic main drag of Virginia City. A live band and lots of eats and drinks set up to sate the throngs of visitors. Cars were judged on six different categories and winners were awarded handsome trophies to add to the shelf in the garage back home.

Most C Street shops were enjoying large crowds, but reaction amongst the business people was mixed. At least one shop owner was less than enamored of the event: “The car owners bring their own coolers, food and chairs and park their cars and fannies right in front of our stores. They don’t even come inside to look around, and they clog the entrance to the shop for folks who want to check things out.” 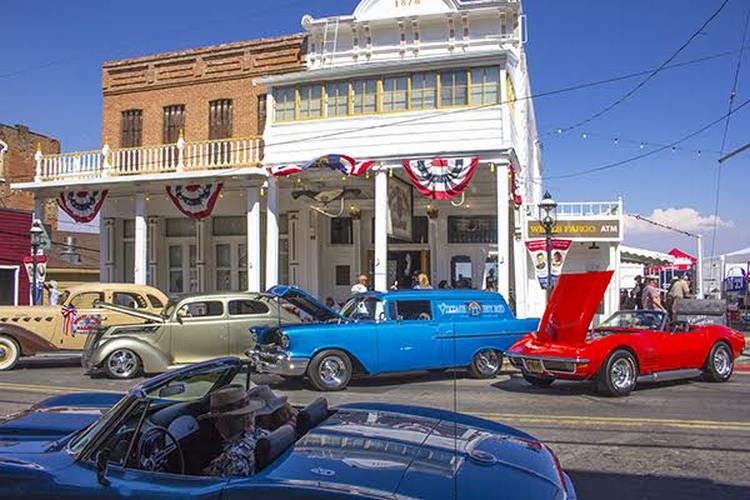 According to Executive Director Mike Whan, Reno will get over 6,000 cars during the event this year, attended to tens of thousands of car buffs from all over North America and around the world.

“Hot August Nights is one of the biggest car shows on the West Coast; we have an international reputation for putting on a first class show. We are excited to kick off our week long event here in Virginia City and look forward to building the show into a win-win-win-win for Virginia City, Hot August Nights, the car owners, and most importantly, the visitors.”