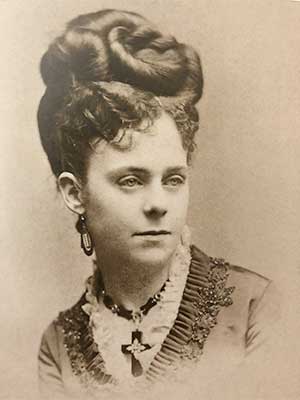 “La Belle Epoque” in Paris Is defined as the period of social , economic, technological and political progress that took place from 1879-1914, and it’s clear that our two Nevada girls contributed to it in full measure.

Marie Louise Hungerford, called Louise, was born in Brooklyn in 1843, came to Downieville California as a 10-year-old. Her father had been an Army captain in the Mexican War, and became active organizing the local militia. When she was 14 Louise went for a year to St. Catherine’s Female Academy in Benicia where, among other subjects, she studied French.

In November 1858 the Sierra County Hospital was established with 22-year old Dr. Edmund Bryant as its resident physician. Soon after Louise turned sixteen, she and Dr. Bryant were married in Downieville.

Later that year her parents and her baby sister were among the families that left for the excitement and opportunities of the Comstock mines. While en route to visit the Hungerfords there in the spring, doctor Bryant met a stream of traffic bound for the safety in California after a band of Paiutes had raided Williams Station east of Carson City.
Bryant rushed back to Downieville, where a message soon reached him by telegraph from his his father-in-law: “Send me immediately all the arms and ammunition of the National Guard. Telegraph Lieutenant Hall at Forest City to send all the rifles in his possession. Big fight with the Indians. The whites defeated. Send me your heavy sabre. I hear Meredith and Baldwin killed. (Signed) Major D.E. Hungerford.”
Dr. Bryant left for the battle along with some 150 Downieville volunteers and militias from all over northern California. Major Hungerford rode out to lead them into Virginia City, and then on to Pyramid Lake where the conflict was short lived. Dr. Bryant returned to Downieville with the rest of the militia.

With the outbreak of the Civil War Major Hungerford hurried to San Francisco and boarded a ship bound for New York; by the time he arrived he’d been commissioned a Lieutenant Colonel in the 36th New York Volunteers. Dr. Bryant moved to Virginia City in the spring of 1863, and all seemed well. A new baby daughter, Marie, was born but when she came down with fever and died, Edmund seemed devastated. He began self-medicating with alcohol and the easily accessible opiates and staying away from from home.

One day when Edmund was caring for Eva, she fell down stairs and was severely hurt. Edmund was overwhelmed with self-blame, and his apparently successful life was dissolving into misery and despair. In 1864 Edmund disappeared. Louise carried on with Eva, teaching French and taking in sewing, drawing customers from sympathetic Comstock neighbors like Theresa Fair.

In the spring of 1866 news came to Louise that Edmund was ill near La Porte. Louise hurried there, found Edmund and attempted to help him back to health but in vain; he collapsed and died on June 20th. When three members of the Masons — John Mackay, Jim Fair and Sam Rosener — offered assistance upon her return to Virginia City, she refused. 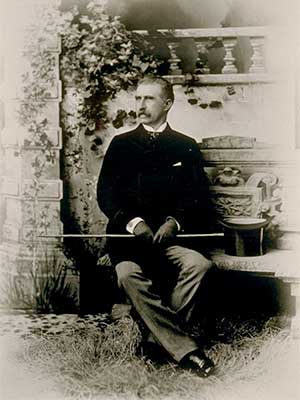 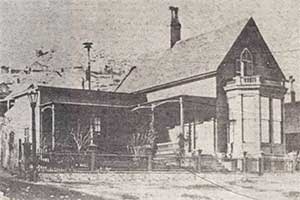 She did not refuse Theresa Fair’s invitation to their Christmas feast, and there she met John Mackay again. They were married in November of the following year and then moved to San Francisco where son John Jr. was born in 1870.

In 1873 the Big Bonanza was struck in the C&C mine, pouring millions into John Mackay’s pockets and making him one of the very richest men in America. And then Louise, the brave personification of self-sufficiency and gumption, attempted to take her place in New York high society.

“But social status for the wife of an Irish Catholic was out of the question,” as one observer put it, and when the Mackays realized they were being shunned, they moved on to Paris in 1876. 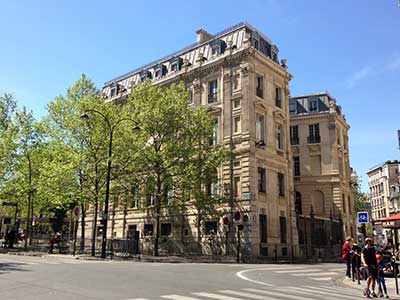 Here Louise was a great success, beginning with a banquet in honor of ex-President Grant who just happened to be traveling through on his Around the World Tour. She reigned over her domain for eight years before moving to London in 1884.

One of the American guests at her soirees was a new arrival in Paris, a popular young coloratura soprano who sang Amina in “La Sonnambula” in her stage debut at Her Majesty’s Theatre in London before going on to sing at opera houses throughout Italy. After performances in Prague and Berlin, she made her Paris debut in 1883. 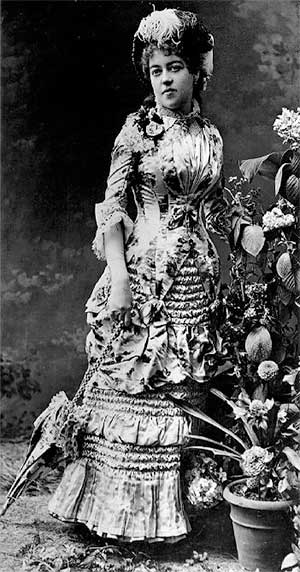 Her name was Emma Wixom. She had grown up in Austin, and called herself Emma Nevada. Born in Alpha Camp. near Nevada City California in 1859, her first public performance was to sing the “Star Spangled Banner” in the Baptist Church there, standing on a chair wrapped in an American flag.

In the spring of 1864 Dr. Wixom moved his family by wagon to Austin, acquiring a ranch not far from town and a small house next to St. Augustine’s. On April 20th the historic Gridley Sack of Flour Parade took place, the outcome of a political bet between Austin grocer Reuel Gridley and Dr. H.S. Herrick.

Gridley lost and had to carry a 50-lb. sack of flour from his store in upper Austin to Dr Herrick down in Clifton, well over a mile downhill beyond Austin.

“A grand procession was formed: in the following order: thirty-six men on horseback, headed by the city officials elect; then an excellent band of music, then an excellent band of music and then the Doctor carrying Reuel Gridley’s hat and cane; and then Gridley with the sack of flour, accompanied by his son Amos, a lad of 13, carrying a flag; and then the Democratic Central Committee, two of them with flags, one of them carrying a huge sponge aloft on a pole; and another a new broom; then citizens, followed by boys.

“As the procession passed along, the spectators cheered, the mill whistles screeched, the band played and the hills echoed back the strains of John Brown’s March. Gridley stood up to his task like a man. ‘Go it Gridley! ‘Stick to it Gridley!’ ‘Never say die Gridley!’ were the encouraging words that cheered him on all sides.”

In Clifton, the parade pulled up at the Bank Exchange Saloon, the flour sack was handed over, refreshments taken and the participants began to walk back up to Austin. They stopped again at the Grimes & Gibson Saloon and there Gridley suggested the auction, sold it for $300 to a man who donated it back to be resold. It was sold repeatedly, raising $4,549 to benefit the Sanitary Fund in aid of sick and wounded Civil War soldiers.

One account states that “Little Wixie” joined the procession “and sang ‘John Brown’s Body,’ to the great pleasure of the crowd” but that is perhaps post-factual wishful thinking.

I will admit that in view of Little Wixie’s likely absence from the festivity, I really shouldn’t have included the incident in a piece about Paris. But it’s such a lovely story I think it deserves retelling, and Gridley’s generous impulse began what became the first national fund-raising drive in American history and provided more than a quarter million dollars for the Fund.

In the fall of 1884 Emma was engaged, along with soprano Adelina Patti, to sing on alternate nights. The tour traveled in a sumptuously appointed train from New York to San Francisco. Touring the American West was a grand adventure for the mainly European company, and Emma Nevada scored many successes. 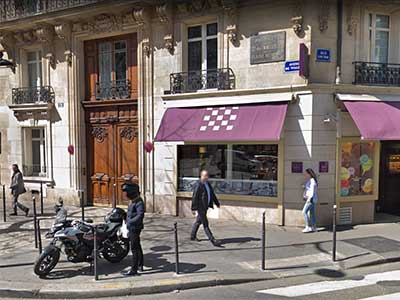 Back in Paris, Emma was engaged to Dr. Raymond Palmer and a spectacular wedding took place October 1, 1885. After a short honeymoon in Switzerland, she toured the United States again during the season of 1885-1886.

She and her husband established their residence in Paris, where their daughter Mignon was born in 1886. They lived at 121 Avenue de Wagram, one of the grand avenues radiating out from the Arc de Triomphet. Pablo Casals was a frequent guest of the Palmers.

Emma made two more tours to the USA, in 1899 and in 1901-1902; Pablo Casals performed on the later tour. She announced her retirement from the stage in 1907, on the same night that her daughter Mignon made her debut at the Teatro Costanzi in Rome. She died June 20, 1940 in Liverpool, England.