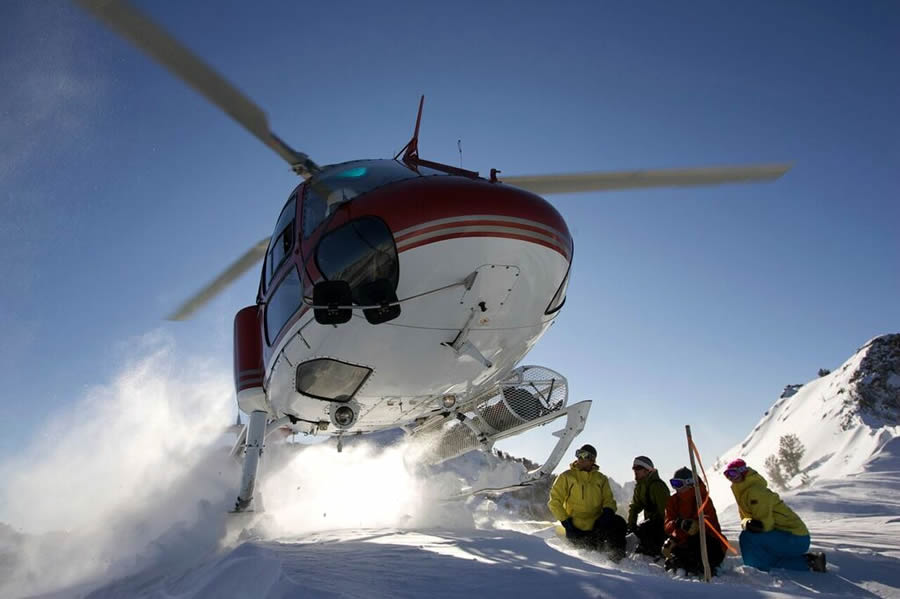 Ruby Mountain Heli-Experience is celebrating its 41st year of operation and the horizon continues to look brighter than ever. Joe Royer had a vision in the early 1970’s while traveling back and forth between his home in San Francisco and where he spent winters as a ski patroller at Snowbird, Utah — he saw that the Ruby Mountains would be a great location for back country skiing and powder turns.

The Ruby Mountains were named in the mid-1800’s when the U.S. Army assisted early pioneers in finding routes to California. Soldiers began panning for gold in the range’s streambeds and found garnets, which they mistook for rubies.

This past summer I traveled the back roads from the Highway 50 corridor to Ruby Lake and on to Elko by way of the range and realized that not only early pioneers and settlers, but also the Pony Express and Overland Stage that used these primitive roads heading north and south but always westward to the gold fields in California and the silver mines in the Comstock a decade later. 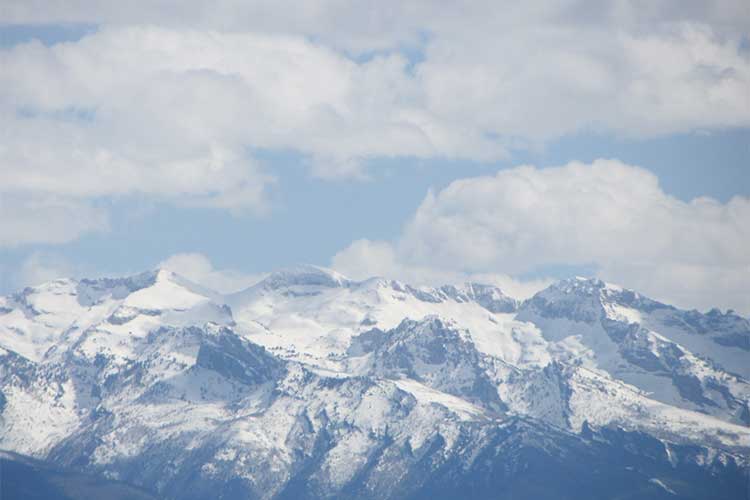 The Ruby Mountain Range is 90 miles long and 10-12 miles wide and is located south and east of Elko, Nevada. You can see this range while driving I-80. There are ten peaks above 11,000 feet, including the 11,387 foot Ruby Dome. There are also more than two dozen alpine lakes in this range offering endless outdoor adventures. And, especially helicopter serviced skiing and snowboarding. 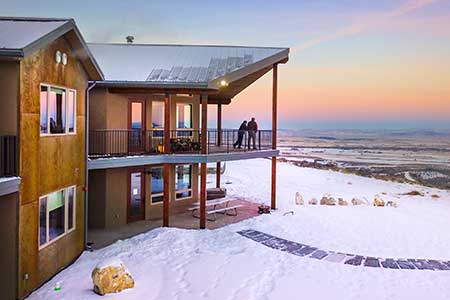 Ruby Mountain Heli-Skiing opened in 1977 and is going stronger than ever in 2018. When the worldwide web came into being Joe was quick to reserve the domain name helicopterskiing.com. His long-term success is reflected in the luxurious new base camp, the Ruby 360 Lodge in Lamoille.

The Lodge is located 10 minutes from Lamoille at 7,000 feet and offers a 360 degree, panoramic view of the Great Basin and the Ruby Mountains. The lodge is 10,000 square feet with spacious and comfortable great room, immaculate commercial kitchen and group dining room, run by Joe’s wife and partner, Francy Royer. It has a full service bar for guests featuring a great selection of beer, wine and aged Ruby 360 Barrel Whiskey. There are ten large comfortable bedrooms, each with its own bathroom. 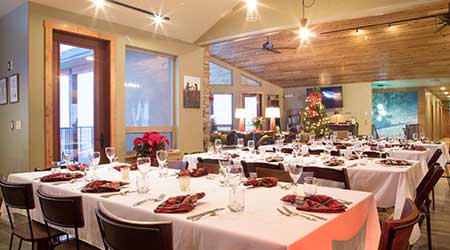 The Royers sell out their availabilities each year with repeating groups of enthused outdoor adventurists. They have identified more than 400 routes to descend, with new lines that haven’t been skied yet. And each year, depending on conditions, serves up more lines to discover.

I have been fortunate to fly and ski with the Utah Powder Birds out of Alta, Utah and also fly with Zermatt Heli Service in Switzerland and there’s nothing like this experience. First off, I love flying in helicopters. They are so nimble and can maneuver to land and take off from just about anywhere. The thrill of being dropped off on a 30 foot-wide mountain top with 2000+ vertical feet snowfields on either side and waiting with anticipation for the guide to make his decision and communicate with the pilot on what side we should ski.

Experienced guides and avalanche awareness practices are the key to your safety while skiing backcountry this way. Priority number 1 is Safety! Every skier is required to go through a professional training session to learn all aspects of skiing backcountry snow, including use of avalanche transceivers. Each guest is also issued an airbag pack complete with avalanche probe & shovel to wear while skiing. All of the guides are required to have Level 3 Avalanche certification from either the American Institute for Avalanche Research and Education (AIARE) or the American Avalanche Institute (AAI). Everyone also has to weigh in, so they can calculate and coordinate passengers when boarding the helicopter, making sure they are not over loaded in any way and to assure top performance of the helicopter at altitude.

Ten years ago, my buddy Dan Giesin — former 40 year Editor of the Sporting Green in the San Francisco Chronicle — and I, got an assignment from Nevada Magazine to produce an article with photos about the operation. Back then I was producing and hosting the “Apres Ski Show” on K-MTN TV at South Lake Tahoe, and producing the Mountain Resort Report on KRLT Radio. I wanted to shoot video of this experience for a television segment and this was a dream come true.

At that time the base camp was at the splendid Red’s Ranch property an the Royers were serving a group that traditionally booked their first week, so while they boarded the helicopter we were driven to another landing site at the base of the canyon. While waiting for the Helicopter, we completed our training with the guides and as we waited Joe said, “See that horse trailer over there”? “That’s where we keep our fuel.”

“Because people out here don’t shoot at horse trailers!” 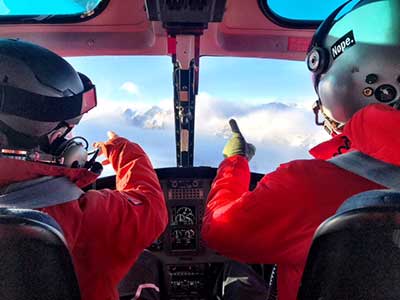 The helicopter took the first group of four guests with a guide, dropping them at the top of a peak and then, while they skied down the mountainside in virgin powder, flew down to pick us up. After flying us up and dropping us on the mountain top, the pilot flew back down to pick up the first group, and so it went. This was an E Ticket ride as Joe and his pilot and our guide wanted to do a survey of some of the routes off different peaks so they could get a line up of what surfaces looked filled in and were in good shape for skiing.

I remember the guide telling us what line he was going to ski and indicating a stop point at the bottom and with specific instructions to ski to the right of his line only… As he skied down below us, my heart was beating faster with excitement and hoping that I don’t blow this and do cartwheels down this face… I dropped and remember making the first 3 turns and feeling the skis slide through the snow as the powder flowed over my boot tops and up and over my knees, feeling each turn and flowing in rhythm, attempting to keep the same radius turns as the guide, and, also trying to remember to breathe…

Helicopter skiing is almost a religious experience — I was chanting “OMG” with every turn — more like an out-of-body experience, because I could imagine myself making each turn like being in a slow motion segment of a Warren Miller movie. RIP Warren Miller! 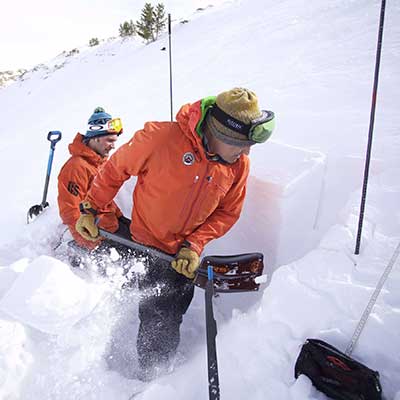 We were picked up at the bottom and carried back up to another peak where the first group had been dropped. We skied about a third of way down to where the skiers and guides had gathered. The guides were digging a pit, exposing the layers of snow to determine its stability of snow and threat of avalanche. These were pros were alert to every detail, making sure the snow was stabile and not going to slide. We were instructed to stand on the downside of trees, just in case…

The entire group skied down to the valley below and helicopter came down and landed with lunch: gourmet sandwiches, hot soup and even cookies. It was an unforgettable picnic, in a beautiful location surrounded by towering peaks with no civilization in sight.

Speaking of food… OMG! Francy Royer is the Queen of the kitchen, offering unsurpassed cuisine and service for all their guests and the Ruby 360 Lodge is now available as an event venue for weddings, parties, retreats and other occasions complete with catering.

The helicopter picked up the first group for another drop, then came back to pick us up for one more run and Joe was able to shoot some video of us skiing that eventually made the segment on my television show. My photo of Joe skiing made it into Dan’s Nevada Magazine article.

On days when wind and weather may prohibit the helicopters from flying, they still guarantee vertical descents with their snow cat service.

Ruby Mountains Heli-Experience is in good hands with son Mike joining his folks and playing a more active role in the business. In the winter they have a staff of about 25 employees each with their area of expertise providing utmost in customer service.

Another unique experience that is now offered is staying in one of their two fully equipped backcountry yurts that can be rented. The Conrad Creek Yurt located in an aspen forest at 7,000 feet, is vehicle accessible and can be rented year round.

Their Ruby High Yurt is located at 9,700 feet on top of Conrad Creek ridge winter lodging packages that include helicopter or snow cat transport and guided skiing for the duration of your trip.

There are still spots available to ski this winter, as their season is usually about 75 days from end of January to (depending on conditions) the beginning of April. For booking a seat for you and your friends, here is the pricing and here are the dates and number of seats remaining on their winter calendar. 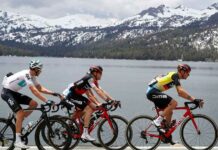 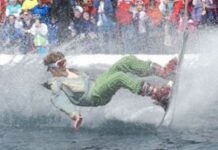 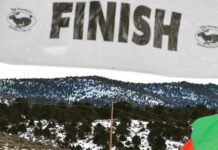 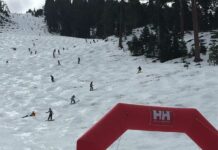 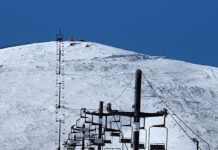 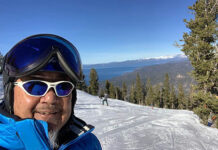