In the colder months, we tend to stay a little closer to home. Erik pursues the “One Square Mile” theme, featuring scenes he paints within a square mile of the loft (show at La Terre Verte, downtown Reno), and we relish the opportunity to base most of our activities near home, leaving the car parked. Luckily, we live in an area that is very conducive to this.

Gentrification is a dirty word these days, but the 3rd Street Flats in downtown Reno is proof that it is not all bad. Born from the putrid dung-heap of an eyesore called 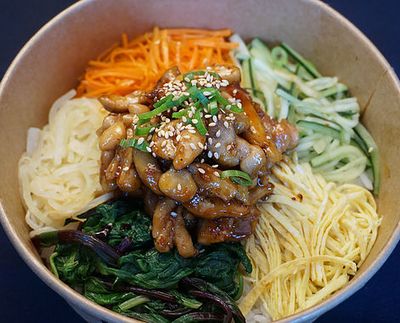 the Kings Inn, which was finally and mercifully demolished last year, 3rd Street Flats has 94 “upscale” apartments and (my favorite part) a Korean restaurant and grocery store on the ground level. After being boarded up for an astonishing 30 years, developers scraped off the pigeon poop and replaced it with clean, sleek, modern seating and appliances to create Bab Café. The menu is fairly simple but the staff is eager to help with suggestions for Korean food newbies like me. I got the classic Teriyaki chicken bowl (including lots of fresh veggies stylishly grated) with miso soup for ten bucks — very fresh and delicious! Dubbed “wholesome Korean in a cup,” with vegetarian, gluten-free and Paleo options, I would say the salt content makes it a poor choice for those suffering from high blood pressure or heart failure.

If you have kids (or grands), you know how hard it can be to keep them busy in the in the winter without relying on the “boob tube” or video games. My grandson Oli is the type that likes to swing from the rafters, so when he visits we are very grateful to have the world class Discovery Museum in our backyard. For about ten bucks a head (or 5 bucks on Wednesdays after 4 pm), you and the kids can engage in a delightful romp through the 67,000 square foot modern science playground with exhibits like “Build It!”, “A T-Rex Named Sue” (replica of the world’s largest T-Rex skeleton), “Cloud Climber” climbing structure, “Truckee Connects” (hands-on replica of the Truckee River watershed), “Nevada Stories”, and “DaVinci’s Corner”.

If the weather is not too forbidding, take the kids to the Downtown Reno Ice Rink at the Aces Ballpark (now called “Greater Nevada Field”) for some good old-fashioned outdoor fun. You can rent skates, buy hot cocoa and snacks, and the Saint Mary’s ER is only a few blocks away.

For the Grown-ups, the Nevada Museum of Art on Liberty St. has some exciting exhibits up, including “Unsettled,” featuring 200 works of art from the “Greater West.” For those who like to view art in a social setting, there are free docent-led tours on Thursdays, Saturdays and Sundays, and the uber-popular “X Night at the Museum,” the first Thursday of each month, with food, drinks and music included in the ten dollar admission, and a kids’ open art studio for five bucks. 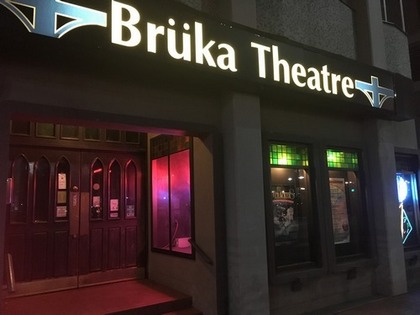 We are deluged with entertainment options downtown, with the Century Riverside, Pioneer Center, Bruka Theatre, and numerous casinos visible from our building. Especially popular at the Pioneer is the Broadway Comes to Reno series, which is featuring “Kinky Boots” this month on Jan 26-28.

One intriguing offering this month at Bruka is Reno Art Scene: Take Five, which features some of our area’s famous creators demonstrating and explaining their art in five minutes each.

Okay, I know, I know. Winnemucca Ranch is not within One Square Mile of our downtown loft. This remote-feeling, wide open plain is an hour and a half drive north of downtown Reno, yet the city has been attempting to annex it since 2007 to promote development. At one point they even wanted to put a town of 12 thousand homes and 2 million square feet of industrial space there! Dubbed (by us) Nevada’s Serengeti, a trek through this country is guaranteed to calm (and thrill!) the soul. If you have never seen a herd of wild antelope bounding across a plain, you are sure to experience the blood-rushing sensation I did  when I first scared up over 30 of them at the base of Tule Peak.

The diversity of creatures here (including wild horses, large herds of deer, frogs, hawks, and coyotes), proximity to the majestic Tule Peak, shadowy Dogskin Mountains, and Pyramid Lake, along with the sweeping, undisturbed views and serene feelings of solitude elicited by this place should qualify it for National Monument status. Voters for Sensible Growth and a group of local artists have been trying to save it since 2009, organizing “Paint-Ins” and a Winnemucca/Marshall Ranch show at the very cool and eclectic Potentialist Workshop (located within the One Square Mile!).

To reach this spectacular remnant of the Old West, travel north on the Pyramid Highway for 17 miles and then approximately 15 miles northwest on Winnemucca Ranch Road until you reach the Marshall Ranch. 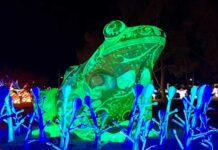 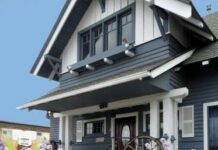 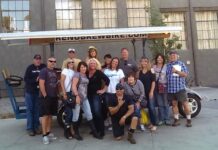 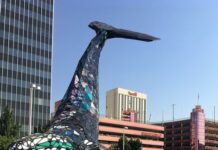 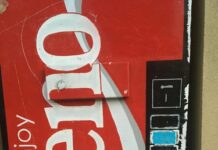 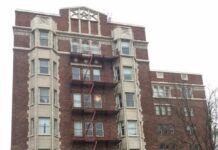