I am known to some as The Picon Guy. Now how can a guy like me be saddled with such a moniker? It all started waaaaaay back. And, no, I am not Basque. 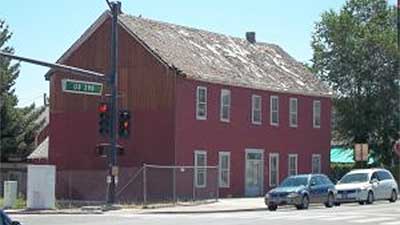 My family moved to the Carson Valley in 1971. We often ate in the Basque Restaurants of the area, The Overland Hotel, The Pyrenees, JT Bar and the Carson Valley Country Club were popular haunts. Being underage, though, I was not drinking picons beyond the occasional stolen sip from my father’s glass.

Fast forward to being ‘of age’ one of my favorite picon punch spots was the long gone East Fork Hotel in Gardnerville. In fact, I was the substitute bartender when Marie Corda could not open the bar. I honed my skills there.

In 1988, I decided that after 17 years living on and off in the Carson Valley, a change was in order. I had been teaching Middle School in Gardnerville for 8 years. I took a job teaching in Elko, moved at the end of the term and spent my first three months about 70 miles south and east of town, at the Ruby Marshes. My biggest decisions of the day was whether to go out and catch a ton of bass or sit in camp and read my book.

As the summer wore on, I would go to Elko once or twice a week to gather supplies and look for a more permanent place to live. I figured that there was no hurry. School didn’t start until late August. June rolled into July…no rentals in Elko. Elko was in the midst of a huge expansion of the mines and there was nothing available. People were living in the desert and even living in storage units. It was tough.

July was turning into August and I was beginning to worry. I didn’t want to spend an Elko winter in my crappy well-used trailer. I had even resorted to visiting the local newspaper office and reading the proofs before it went to press.

Late August and I had no place to live . . . what was I going to do? Ever since I had been in the area, I frequented the Star Hotel. I had sat at the bar on several occasions and drank a picon or two and talked to Joe Sarasua, then the owner of The Star. As a last resort, I approached Joe with my dilemma and so my first residence in Elko was a 12×12 room with a sink in the corner, a light bulb hanging from the ceiling, the toilet across the hall and the shower at the end of the hall. I was the only non-Basque living upstairs at The Star. There is a whole story here I hope to tell at a later date.

The first day at The Star, I sat at the bar a few stools down from the majority of the other boarders who sat at the end of the bar. They were talking in the Basque dialect which I neither knew nor could speak but I knew that they were talking about me . . . the nods in my direction, “professor” etc. Joe was busy in and out of the bar getting ready for the night’s business when I stopped him and asked that he set up all of them with a picon.

I was in — new friends. These guys became my best buddies for nearly four months.

What is a picon?

A picon punch is a Basque American drink created in the Basque houses across the intermountain west. It consists of an aperitif called Amer Picon. The only US manufacturer is Torani. It also contains a very small amount of grenadine, a splash of soda and a float of brandy followed by a small lemon zest. The recipe is at the bottom of this page. There is a wide variety of opinions on how to make this drink but this is the one that I have found to be the most common. The Star does not use soda which makes it a more powerful drink.

There are very few people who, upon first sip, proclaimed it the best drink they have ever had. There are things you need to know:

Joe at The Star used to call it ‘Basco Marywanna’ and four or more, ‘Basco LSD’. They are powerful. They foster conversation. A bar that serves a good picon is a noisy bar with lots of talking and laughing. You will make friends.

A friendly warning that I have learned over the years. After drinking several picons and you go in for dinner; enjoy the dinner but avoid the house red wine. Or any red wine. Drinking picons might give you a hang over. Drinking wine on top of your picons will give you a hangover and for goodness sake, take a cab or have a designated driver. The local gendarmes might not find your jokes and funny stories quite so entertaining.

Where can you get a picon?

Here is a rather incomplete list but some of my favorite places:

Reno: Louie’s Basque Corner, The Distillery next door to Louie’s. The Santa Fe (if they are open). The Coney Island has them too.

Elko: The Star, Toki Ona and most of the old bars in town.

A few years ago, I purchased a new vehicle from a Las Vegas dealership. I flew down and booked a room for a few days and went on the Great Southern Nevada Picon Hunt.

Like many hunters, I ended up empty handed. I looked on line for Nevada sounding bars . . . nothing. I even went out to Goodsprings to the Pioneer Saloon . . . nothing. One Las Vegas pub agreed to make them if I brought in the ingredients. So I went on the hunt in Las Vegas for Amer Picon. The big liquor houses didn’t have it and I even tried a few obscure liquor stores. Nothing.

So, I am open to directions from the good folks of Southern Nevada. If you know of a Picon place, let me know and I will be sure to stop by next time I am through Las Vegas (at a decent time) and give it a try.
I’m writing this on a Friday late afternoon and right in front of me is the recipe for a perfect Picon . . . now I’m ready to have one. Salud everybody! 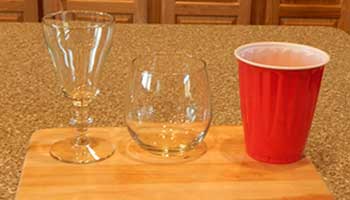 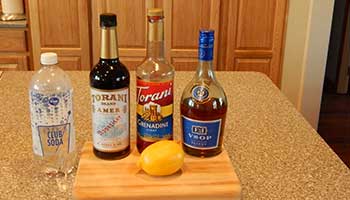 Here’s a brief glimpse and a strong recommendation for the new Martin in Carson City.

The Martin Hotel in Winnemucca evolved from a shabby cafe/boarding house across from the railroad depot into a legitimately world-famous restaurant popular with locals and travelers alike. [ Read the whole story here ] 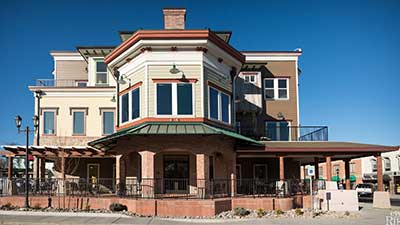 “I’d been looking for a Carson City location for five years,” John Arant told me over a Picon Punch at the new Martin. “This is the biggest Nevada city I could find without a Basque restaurant. And I wouldn’t be coming as a stranger. But I couldn’t find the right place until this one came along.”

It wasn’t just the place that came along, so did waitresses Dominique, Jacy, Juliana and Julia, all of whom had started as bussers at the Martin in Winnemucca, then became waitresses and now live in Carson City or Reno. They are expert on the Martin menu and at home with the friendly Martin style. “With them here, the art on the walls and the banquet room around back, the same menu with the same prices — if already feels like home,” John said. “Except the floors are level here”.

Tastes like home too, both in the dining room — “the menu here is exactly the same as in Winnemucca,” John assured me, “including the prices” — and at the bar. Joe Hughes is the artisan who builds each picon according to the strict tradition of the Martin.

The Martin in Winnemucca has always been a special favorite of ours for its unpretentious excellence. In 2013 we gave it a Must-See Must-Do Award of Excellence as a Restaurant (“Friendly, fun and delicious.”) and in 2015 we picked it again, this time as Hidden Treasure of the Year. Here is the text that accompanied that announcement:

The Martin Hotel is our first two-time winner, and takes its second Award in a different category from its first one, which was Restaurants obviously enough. 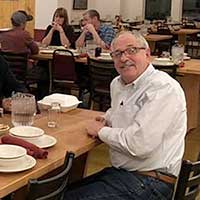 But beyond the good Basque-style food and the picon punches for which it is justly famous, the Martin is also a major community resource and plays a role in Winnemucca’s over all well-being. Its Banquet Room serves as the venue for community events of all kinds and for the great and near-great entertainers booked by Great Basin Arts & Entertainment. And the Ladies’ Pinochle Club has a monthly luncheon meeting out by the bar. Every city should have a Martin Hotel!

And now Carson City has one.