Northern Nevada is shrugging itself awake as the heavy winter snows melt away. Here in Gold Hill the change of season made the usual overnight transition from furious blizzard to peachy sunrise with soft flirty breezes.

The result is conflict between the urge to weed-eat, prune, dig, delve and otherwise greet the resurgence of nature, and the urge to put up the Maypole and dance.

Curtis Fong has put away his skis and brought his bike out onto the road again. Gage Smith has raised a little dust in Unionville on his first Dirt Road expedition of the year. Our Correspondents have left winter behind and are eagerly embracing the spring from Laughlin to Elko to Lake Tahoe

Let’s all do that. Let’s go climb a mountain, see some Nevada flowers.

When outsiders think of Nevada, it is hard to imagine anything between the bright lights of the Vegas Strip and downtown Reno. 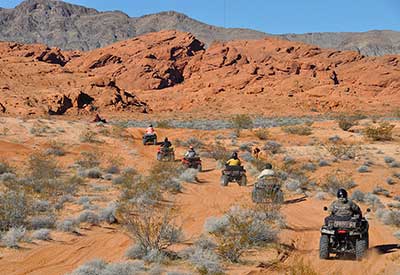 However, anyone who has lived here for more than a week knows that gaming is just one aspect of the Silver State’s lifestyle. Nevadans pride ourselves on being wild and free.

Whether you are touring Lake Tahoe on your new Indian motorcycle, hunting in Elko county, or fishing on Pyramid Lake, the Nevada landscape has something to offer everyone. The Nevada outdoor recreation industry is a cornerstone of our state’s economy and lifestyle.

How Basque Food Got to Northern Nevada

It all started with the Gold Rush. 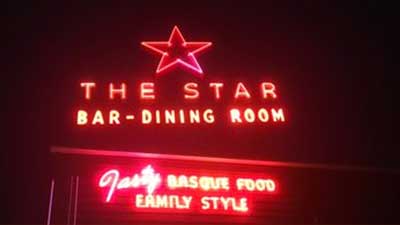 In the old railroad town of Elko Nevada, the Star Hotel’s neon sign reads, “Tasty BASQUE FOOD … FAMILY STYLE.” Inside, I sit at a communal table in the saloon-like dining room, where Scott Ygoa, the owner, is fixing drinks for customers in cowboy hats. The Star was built by Pete and Matilda Jauregui in 1910, says Ygoa, as a “home away from home” for Basque migrants. Ygoa, who bought the Star in 2004, is also a Basque Nevadan.

In sparsely-populated northern Nevada, towns such as Elko are oases in the Great Basin Desert, and almost all of them have an old Basque hotel. Internationally, Basque cuisine is in the spotlight: 40 Basque restaurants have Michelin stars, and several appear on lists of the world’s best restaurants. But the trendy pintxos of San Sebastian have little in common with Nevada’s Basque hotels.

If you’ve spent any time at Lake Tahoe, you may have noticed the California side is far more developed than the unspoiled eastern shoreline in Nevada. 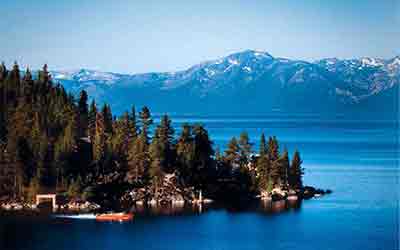 Few visitors realize this is thanks to a peculiar and reclusive millionaire who built his summer residence on the lake in 1936, and in doing so, unwittingly conserved much of the beautiful land along the east shore. 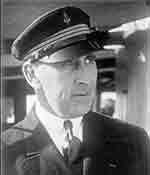 The millionaire in question is George Whittell Jr., who was born into one of the wealthiest families in San Francisco at the time and inherited a gilded-age fortune. He was worth the equivalent of billions today by the time he purchased 40,000 acres and nearly all of Lake Tahoe’s eastern shoreline. There, he built the Thunderbird Lodge, a storybook estate on the waterfront with sweeping views of the lake and mountains, where he spent the rest of his summers indulging in Great Gatsby-style high-society. 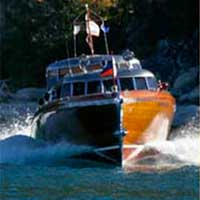 America’s most recognizable — and possibly most valuable — wooden speedboat, the venerable Thunderbird yacht is in trouble. Not only has the lack of winter precipitation at Lake Tahoe confined Thunderbird to her boathouse berth, but also both of her vintage World War II fighter aircraft engines are fatally impaired. Details here. A Herculean effort and at least $250,000 is needed before the Thunderbird yacht will cruise again.

Says Bill Watson, Thunderbird Lodge Preservation Society Chief Executive and Curator, “If we work together to raise approximately $250,000 before Labor Day, I can get the replacement engines — which we already own — into an aircraft shop for refurbishment in time to be operational again for 2015. One wonderful family has already committed $50,000 on the condition we raise the remaining money before Labor Day – meaning we are 20% of the way to our goal! Only 40 donations of $5,000 each or 20 at $10,000 each or one generous angel will take us to the finish line. Of course, I’m grateful for contributions in any amount. This is something I know our wonderful Thunderbird family can accomplish!”

Update: The rest of the money was raised and the Thunderbird was repaired as planned. The beautiful boat is now slicing as smoothly and swiftly across the lake as it did in Whittell’s day.

Overheard at the Renaissance Village in Ely “I don’t know what your English teacher would say Louise, but I will tell you a kiss can be a comma, a question mark, and sometimes an exclamation point followed by an ellipse.” 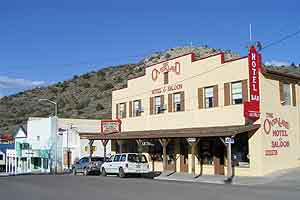 The Number 1 Mine was the last to operate, closing for good in 1969.More recently Pioche was discovered in the 1990s by a wave of entrepreneurial explorers from Las Vegas. These pioneers had found a treasure, this down-at-the-heels old mining city with the flamboyant past. They bought empty and struggling stores on Main Street, cleaned them, painted them and put bright new businesses in them. And then they slowly starved to death waiting for customers to appear.

Update: Pioche remains unforgivably undiscovered, and we have been unforgivably short of information about this unique community lately. Watch for a report on modern-day Pioche in NevadaGram #215. 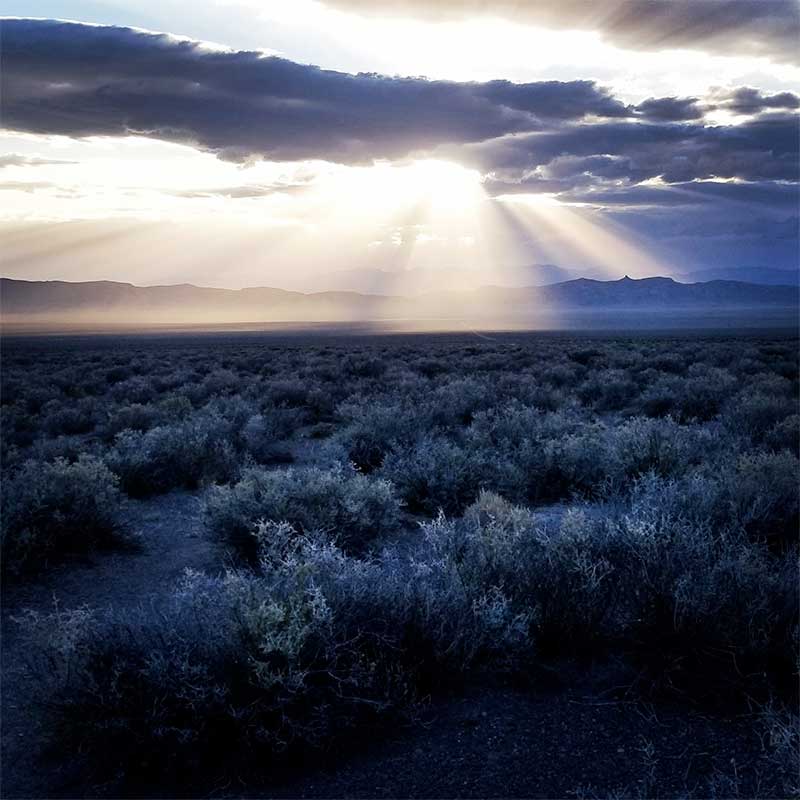 Cowboy Country: West of Toulon on I-80 by Jibs Lundemo