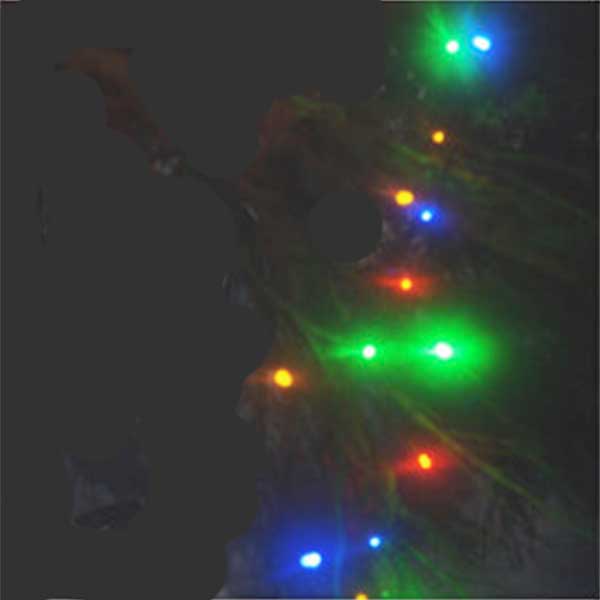 Allow me to explain . . . Ya see, he had an idea for a camp-type thing at Burning Man. He and a bunch of friends were gonna build a windmill thing. Theme camp, split the expenses, all build this windmill together. Community type thing, you know the deal.

He puts all the expenses on his credit card, including the food. People come over to his house on weekends to help build the thing, but they don’t know anything about building, and they end up designing this thing that is just wrong.

It comes to the playa and they put it up but the wind just blows it down. It catches too much wind; the blades are too big. The windmill is supposed to spin a slip-ring and turn brushes on a coil that powers a tricky light system. A giant cool blinky windmill. Ambitious. Fun.

It was a disaster.

His credit cards were maxed out, his friends left him to fend for himself after a huge argument ensued when the design (that he was responsible for) failed and he ‘missed’ the event by working on the project non-stop.

He ignored his girlfriend; she dumped him and promptly found the company of one of his friends.

He was so dehydrated that he had diarrhea Sunday night after the man burned (yes, it used to burn on Sunday night back when people knew how to clean up after themselves). He abandoned his project in disgust; leaving his tools and the plans in the dirt just where they lay and wandered off for at least one night looking for something, ANYTHING else. He didn’t know what.

Cold, dehydrated, friendless, broken hearted, broke and broken, he finally retreated to his tent. He slept all the next day. He awoke to the arid sunset of another day in Black Rock City and realized he’d pooped his pants as he’d slept. He had a pounding headache and was hungrier than he had ever before been in his life.

He crawled out of his filthy tent, and what do you think he saw? I can imagine the look of dread on his face, a man who had seemingly lost everything, change to wonder and bliss.

Yes, his credit cards were still maxed out and it was unlikely that anyone was going to help him pay them back. Yes, his love had found another. Yes, his friends had abandoned him. Yes, his pants were poopy. But he had the thing that he wanted most of all: Community.

He danced and whooped around his fully functioning twinkly be-lighted windmill as it spun, it’s blades trimmed to the appropriate size, the uprights firmly dug into the ground. Dancing and whooping with poop in his pants.

DANCING AND WHOOPING WITH POOPYPANTS!

You see, someone had stumbled across his abandoned project. Saw the plans, the tools and the broken stuff. And just finished it. Someone like one of the people on CSI. They figgered out the puzzle, rose to the occasion and did the thing.

He stayed an extra week to help with clean-up as appreciation for this amazing event that changed his life. We drank and told stories until late. I never saw him again, but I felt great about Burning Man again and decided that a little water is a good thing. It keeps you from pooping your pants.

So I forgave the rain. And can’t help but wonder when I see people dancing and whooping if they have poopypants. Or if they’ll ever get to a place where they could dance and whoop with soiled drawers.

[as related by Maid Marian in Jack Rabbit Speaks]