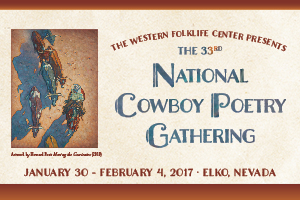 When the Western Folklife Center was awarded an art “placemaking” grant from ArtPlace America in the fall of 2015, it initiated a creative process already stimulated by Elko’s own plan for redevelopment of the downtown corridor. Bordered by Commercial and Railroad streets between 3rd and 9th, this area was the heartbeat of old Elko. The railroad tracks once ran smack down the middle of town. And not only carrying freight and passengers from the West, the trains delivered entertainers to the Commercial Hotel and Stockmen’s—including, famously, a very chilled Xavier Cugat mambo orchestra one frosty winter night in the late 1940’s. Elko was the casino entertainment capital of Nevada for a time.

By 2014, the greening of the downtown corridor and sprucing up of old buildings had become a focal point for civic redevelopment. Store owners, local citizens and the city’s Planning Department pulled together for group meetings. Two different consulting teams were engaged. Designs were drawn up. Comments were gathered. 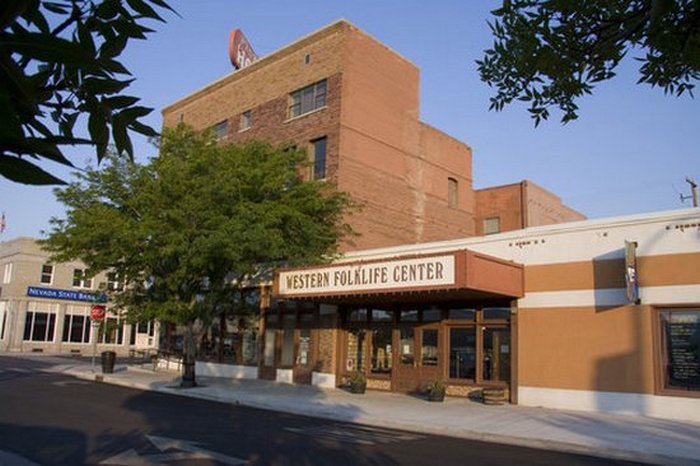 How to bring more folks back downtown? Was it housing or was it park-like amenities to attract families that could turn the tide? A permanent outdoor performance area? Trees and green hillocks? A water works for a summer splash pad or a skating rink for the winter? Maybe a Ferris wheel? All these ideas and more ended up in a $20-million-dollar plan presented to the city. Ultimately, when put to the vote of the City Council, the plan was scaled back considerably.

The Western Folklife Center looked at this populist civic activity and decided to try to carve out a productive niche for ourselves, appropriate to the arts and culture footprint we occupy in Elko. How could we best contribute to the redevelopment plan? While the National Cowboy Poetry Gathering had established itself over three decades as a major event in town, what could we do to enhance the quality of life in Elko the rest of the year?

Given our curatorial skills in producing, presenting and exhibiting, what could we do to become more of a year-round arts and culture magnet for Elko, right in the heart of the city—and the heart of the redevelopment efforts? We found a willing investor in ArtPlace America, a consortium agency comprised of 16 funders from around the country who had joined together on a 10-year plan to support thoughtful nonprofit art placemaking projects in every state. We applied and were honored to become the first Nevada recipient.

The renaissance of art placemaking in America (sometimes called “creative placemaking”) is traced to the New Urbanist Movement of post-World War II. Jane Jacobs’ (1961) provocative book, The Death and Life of Great American Cities, while centered on large cities and designs for remedying urban decay, provides a basic text for the mindful redevelopment of cities of whatever size. As Jacobs writes, “Designing a dream city is easy. Rebuilding a living one takes imagination.” Art placemaking, then, is the shorthand way of indicating a variety of renovation and redevelopment strategies in which public art becomes a major factor. The artist or curator becomes a significant player at the table along with the city planner and manager, the developer and the neighborhood citizens invested as stakeholders in building better public spaces.

But it is a second, related concept of public art works that may be more to the point in the case of Elko. “Art placekeeping” is a term favored by community arts activists Jenny Lee and Roberto Bedoya to counter the idea that development is more than creating anew. It is not simply about preserving and renovating old buildings – with the possibility of uncontrolled gentrification – but it is also about keeping the cultural memories attached to a historic district vibrant and real– to continue to tell the personal and community stories, dance the dances, and celebrate the music of the streets and local establishments. Keepin’ it real—la pura vida—rather than bland homogenizing and fakelore.

Our home at the Pioneer Hotel can help. We can be an arts and culture anchor, “placekeeping” the neighborhood. Programs like ”Let’s Dance!” and “Jam On!,” our ongoing dance and music instruction and improvising sessions, have started the ball rolling. For the future, visual arts exhibits, both moving images and static exhibitions, will open up the building, welcoming folks to come inside for workshops and other activities. Our cigarbox guitar-making workshop with Matt Downs—back by popular demand—and Hallowe’en concert this week with “Haunted Windchimes” are just two current examples of bringing the outside inside to experience some hands-on art making at our place. Keeping the Pioneer Hotel as the place to be in the heart of old Elko is a start toward making our contribution to the grand plan. Come join us.