In its heyday during the 1870s, Virginia City rivaled cosmopolitan San Francisco and the Barbary Coast as the most exciting and wildly indulgent city in the Far West. An important key to Virginia City’s reputation as a bustling metropolis teeming with millionaires and high society was the glamorous, but hard-working Virginia & Truckee Railroad.

The versatile V&T could muscle around tons of ore, lumber and silver bullion, and then caress in comfort the rich and famous who came to see what all the fuss was about. Powered by hissing smoking steam locomotives and decked out with bright red and yellow coaches, the Virginia & Truckee’s fancy rolling stock exuded so much style and romance that she became the darling of Hollywood filmmakers.

The Bank of California incorporated the Virginia & Truckee Railroad Company in 1868. Isaac E. James, a leading mining surveyor and superintendent on the Comstock, was selected to engineer the line. James had to drop the railroad nearly 1,600 feet in elevation from Virginia City down to the Carson River, all the while maintaining a safe grade though rugged terrain. Challenged by steep ravines, rocky ridges, and hulking mountains, James relied on trestles, tunnels and curves to “wrap the railroad around the mountain.” True to his word the confident engineer succeeded in surveying a line to the Carson River without exceeding a maximum grade of 2.2 percent. The route described enough curvature to equal 17 complete circles in a distance of 13.5 miles, and inspired journalists to quip that the V&T was the “Crookedest railroad in the world” — referring both to the circuitous route and the manner in which it was financed.

Isaac James’ engineering proved sound, but in its first year of operation the V&T was vilified for the frequency of train wrecks, most of which were blamed on inexperienced crews. The first equipment for the line carried the markings “VC & TRR” for Virginia, Carson & Truckee Railroad. Cynical critics interpreted the letters to be the abbreviation for “Very Crooked and Terribly Rough Railroad.“ Train derailments and accidents come with the territory and over the years the V&T had its share. One notable event occurred in January 1875 when three cars broke free and rolled two miles downhill gaining speed before smashing head-on into a passenger train bound for Virginia City. Railroad crews were relieved that there were no deaths or serious injuries, but the incident tarnished their pride when they discovered that several members of the Nevada State Legislature were riding in the heavily damaged passenger car.

The Virginia & Truckee Railroad’s fancy rolling stock and wild scenic beauty attracted curious travelers from all over the country. Although there is no record of any passenger ever being killed as a result of a wreck, the trains ran fast over towering trestles, through narrow tunnels and around blind curves. Passengers from the East frequently gripped their seats with white knuckled fear as the grunting steam engines whisked them in circles around the mountainous terrain. Because of the fractured and loose nature of the rock, the tunnels were heavily timbered for support. To lessen the fire hazard from searing sparks shot out of smokestacks most of the tunnels were roofed with sheets of zinc. This innovative fireproofing system worked until October 1872, when sparks from a passing locomotive lit the supporting timbers of the American Flat tunnel. Usually the railroad tunnels were kept under constant supervision for fire or cave in, but the watchman for this tunnel was not at his post, which enabled the fire to burn with great intensity for several hours.

In the early morning hours of October 17, engineer Johnny Bartholomew steamed out of Reno for the three hour and fifteen minute run to Virginia City. He had not been scheduled to work but when the regular engineer fell ill, Bartholomew picked up the shift. In the cab with him were veteran conductor, Harry Shrives, a fireman, and Wells Fargo messenger Chris Cummings.

The experienced crew was on board Engine No. 11, the Reno, a distinctive and popular locomotive decorated with brass candlesticks and stag horns on its large storm headlight. They made the straight shot to Carson City with no problems and then began the tortuous climb to Gold Hill in the predawn darkness.

The train roared into the 650-foot-long American Flat tunnel at normal speed but once inside the crew suddenly realized that the support timbers ahead were on fire and near collapse. Johnny Bartholomew’s first reaction was to whistle down the emergency brakes and reverse the engines, but then he quickly realized that the tunnel was a death trap. Instead of skidding to a stop deep inside the tunnel and then trying a reverse maneuver, the quick-thinking engineer threw the throttle open forcing the train full speed ahead. Bartholomew and his fellow crewmen could only pray as the Reno blasted into a hellish nightmare of dense smoke, flaming embers, falling rocks and burning timber. Passengers screamed and mothers grabbed their children in fear as the train barreled into the raging inferno.

Bartholomew never let up on the throttle and the Reno rumbled through the fiery gauntlet and out into the cool morning air. Moments later the tunnel collapsed in total ruin. The train was scorched and several windows cracked from falling debris, but there were no casualties or injuries. Johnny Bartholomew was a bonafide hero. It took repair crews two months to open the collapsed tunnel, but on December 18, 1872, the V&T was back in business.

This legendary historic railroad has appeared in nearly 90 major motion pictures, but railfans don’t have to rely on old movies to see the Yankee Princess in action. Today the venerable V&T still chugs along from near Carson City to the rarefied air of Virginia City, where it delights children, tourists and railroad aficionados with nostalgic rides into history. 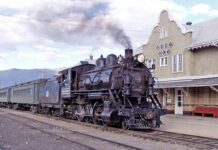 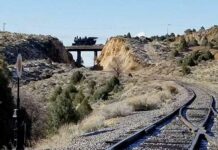 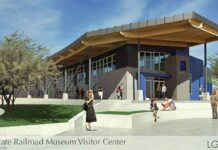 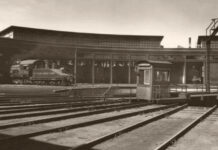