What Makes Something Historic?

Why preserve an old building? Is it the architecture? Did something significant happen there? Is it attached to a historic event or a noted person in history? If it has a worthy story it should be told, incorporated and passed on to the next generation.

The Countess of Boulder City

Ida Browder was born of noble blood in  Krunstadt, Austria-Hungary. When her husband died in 1930, she moved with her two children to Boulder City. She became the first person to apply for and to be granted a private business license, and to construct the first commercial building in the new, federally-created town of Boulder City. This was a very different kind Nevada boom town: a government-run utopian concept of what a town should be, with its own idiosyncratic plans, concepts and ideas. Ida Browder followed the inspired landscape architect Saco Rienk de Boer’s “Southwestern Plaza guidelines,” with their “Southwestern” arches and galleries. Saco’s overall concept included landscaped squares and  flowing pedestrian thoroughfares: the 1930s forerunner of the modern shopping plaza.

Ida and her two kids camped in the empty lot next door in her son’s Boy Scout tent that they brought with them from Salt Lake City, while her cafe was under construction. Ida’s café was built by the low bidder and  was nothing fancy. And absolutely no one you’d have talked to would have said it would still be standing 85 years later.

Ida’s café was a big hit with the people of Boulder City, and in a time when a “woman’s place” as a leader of business and commerce was still unusual, she did very well. She also operated an informal savings bank for dam workers, and there was always something very affordable to eat at her restaurant. The “Regular Dinner” cost 50 cents.

Ida, who was an unapologetic Democrat, started the first public library in town. She had a politically tempering effect and was a confidante of the dictatorial and moralistic city manager, Sims Ely. There is a book of stories contained within the walls of the Browder Building, which is actually three buildings. The original 1931 Browder restaurant, called “Browder’s Lunch,” was at 552 Nevada Way, which was, years later, a doll shop; 554 Nevada Way, next door, was originally a covered patio addition to Browders’ Lunch; later its open arches on the east and north sides the were filled in with walls and windows, but it still served as part of the restaurant; 558 was built as a further extension of  Ida Browder’s  eatery, by then renamed the “Browder Café.” At some point in the 1940s, 552 and 554 were leased to other businesses, while 558 remained a café for all the years up to the recent past. Most recently it was Mel’s Diner.

A little while back, an energetic, artistic and somewhat sensitive man purchased the Browder building, as well as a struggling restaurant downtown. Charles Lawson opened a fine restaurant in the latter location, called the Scratch House. It had Las Vegas Strip restaurant quality food, at $15 for an entree that would have cost you $30 or more on the Strip. Unfortunately, Boulder City is a $10 entree kind of town, plus a coupon in the paper if you want to attract the Seniors, and Charles ended up spending  $40K a month to pay the bills — or so he was reported to have once told a group of wide eyed Romeo’s at breakfast.

Charles was reported to have gotten into an argument with an unrelenting and somewhat arrogant building inspector over a grease trap, was somehow publicly humiliated, and then closed his restaurant.  He stopped all construction and renovations at the Browder Building, which was going to be a high end art gallery and a street-counter taqueria,  which in amazing and probably thoughtful coincidence was how the old corner cafe operated when it was originally built!  All of a sudden, all these buildings were boarded up with plywood, and Downtown Boulder City is looking either abandoned or awaiting the next hurricane (which could prove something about climate change).

Now, Charles is still in a pissing match with the City and citizens of Boulder City, which happens frequently in small towns where people are passionate about the place they call home. Charles has pulled a demolition permit for the Browder Building,  and many in the the community fear it will be demolished in November in revenge for perceived injustices … unless a buyer can be found who will save the Browder Building from certain destruction!

Charles may have given up on Boulder City, but I do not think he wants to be the one to tear down this historic building. He knows Ida Browder’s story, after all, and that alone makes the building worth preserving.

It is through our stories we find out who we are, where we are from and what drives us to where we want to be. 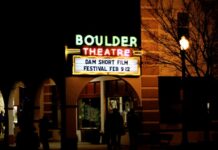 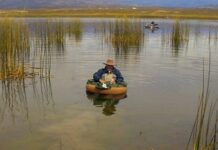 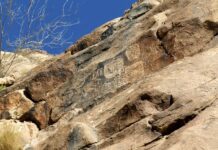 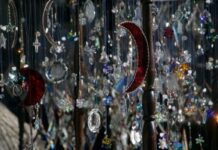